The 16th September 2021 episode of Bade Acche Lagte Hai 2 begins where the engagement of Ram and Priya takes place, Priya is looking so simple and decent. Meanwhile, a man comes to her and asks about the parking spontaneously her sister arrives and informs her that he should ask the staff. Ram is standing right in front of her and hearing everything while her sister rebuking that man by saying that Priya is not a staff member. Further, she mentions that she is just looking simple because she loves to be herself comfortable, so it does not mean that someone considers her as a staff. 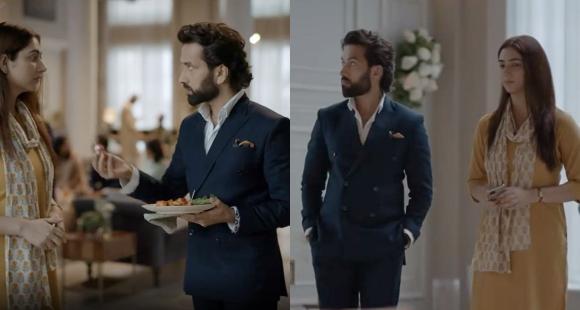 At the same time, that man apologizes to Priya and leaves the place meanwhile, Priya says that there was no need to talk in such a way with someone. Another side, Sara is doing her makeover and Ram’s aunt is gossiping with some relatives and Priya’s younger sister hears everything. Because she is talking about a child of Ram and Priya at this age, hence, she goes to Ram’s mother and unleashes everything. She says that there is no need to think more she will talk to them for sure, Later, Neeraj informs Maitri that Ram does not love Priya.

Then Maitri says how does it matter for and Neeraj overturns the circumstances by saying that it seems so he told her. Meanwhile, Ram’s cousin asks about Priya so another one says that she went to get ready for the function, and soon will take place do not worry. Meanwhile, Priya keeps on thinking about her and Ram’s character and perspective towards life because both have different personalities. At the same time, mentions that they do not have an affair or understanding too, in short, both respect each other and it is enough for any relationship.

On the other hand, Vedu comes to meet Priya and helps her to apply lipstick and after a while, she comes downstairs and joins the party. Everyone is looking at her because it’s the first time that they are seeing her in this avatar, even Ram is not able to shift his eyes even a bit from her because she is looking stunning. Priya is getting uneasy because everyone is gazing at her, but her sister consoles her by saying that due to her beauty no one is able to shift their eyes. So do not miss watching it on Sony Television and for more details stay connected with us