The upcoming episode of Barrister Babu begins where Trilochan organizes a home entrance ceremony for Bondita and Anirudh after their marriage, everyone seems happy there but Bihari Babu’s happiness knows no bounds. Because he never considered Bondita wrong, and finally, she is coming to Roy Chaudhary mansion as their daughter-in-law. But at the same time, Chandrachud inwardly thinks to take Bondita away from Anirudh by hook or crook. He is not digesting that Bondita got married to Anirudh despite this, he is making another conspiracy to make them separate soon, no matter what happens. 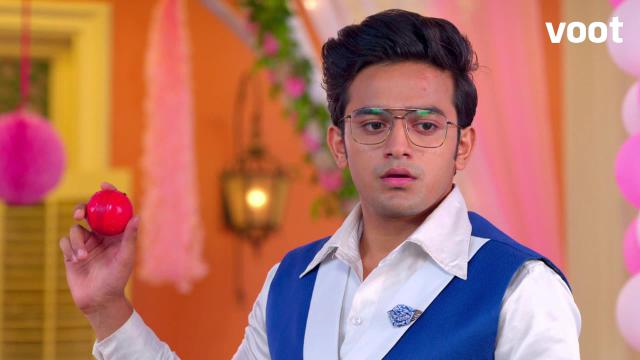 Then Chandrachud decides to execute his conspiracy he says that he will celebrate a nuptial night with Bondita instead of Anirudh, because today is new moon night. But he does not know that someone is hearing everything while standing outside of his room. As soon as he realizes that someone is there he opens the door, till then that lady gets escaped but her anklet lefts there. Hence, Chandrachud asks his friend to find a girl who wore this and take her away before its too late, because as far as he has concerned she will try to unleash everything in front of Bondita.

After a while, Chandrachud reaches Bondita’s room and spontaneously his sister-in-law also arrives. He gets suspicious of her but she was not a girl who heard his conversation, she came to her only for informing. Further, she informs Bondita that Thakurma said that her nuptial night will not take place today due to the new moon night, she can meet Anirudh the next morning. Meanwhile, Chandrachud’s wife comes to him and asks to take medicine so that, he will get relief soon. But he refuses by saying that he does not need to take all this but she forces him.

At the same time, by mistake medicines fall on Chandrachud’s attire and he slaps her but Anirudh comes and stops him to hit her again, by saying that he does not have any right to slap his wife or any women. Meanwhile, Anirudh informs him that he should apologize to his wife but he refuses and mentions that he can do whatever he wants. Even the rest of the villagers support him and says that he just slapped her or nothing else, so there is no need to create an issue. So do not miss watching it on Colors at 08:30 PM and for more details stay connected with us.