The latest episode of Barrister Babu begins with Anirudh asks how can you do such a heinous act. He lashes out at him and says I won’t spare you now, but Chandrachur tries to escape from there and Anirudh started chasing him. Just then Bondita recalls that she has to feed the kids and head to the kitchen for a container. Bihari comes there and informs her that Anirudh is inflamed and he is after Chandrachur. Bondita gets stunned and asks what happened to Anirudh. Bihari says that he isn’t aware about the complete matter, he only knows that he is mad at Chadrachur. 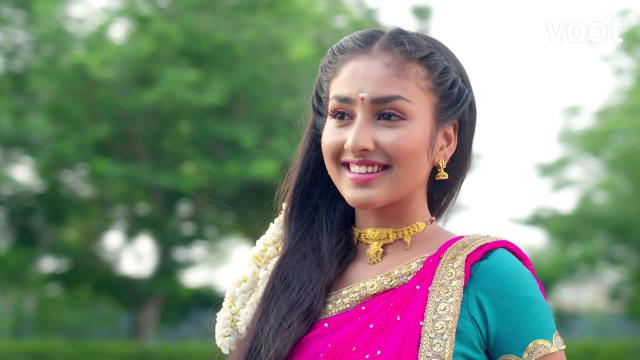 Anirudh is still chasing Chandrachur and Trilochan noticed that Anirudh is angry and follows them. Bondita was about to leave but she gets halted by Thakumaa, but Tupur convince Thakumaa to let Bondita come with us and they leave. Chandrachur points his gun at Anirudh, but Anirudh snatches her gun and they started fighting and Chandrachur gets shot and fall down. Anirudh is taken back and Tupur alleged Anirudh that he killed her husband. Trilochan tries to take advantage of the situation and asks Somnath to fetch his men here.

Bondita comes to Anirudh and asks Anirduh why were you fighting what was the matter. All the gathered villagers tell that they witnessed Anirudh was threatening Chanrachur and went after him. Tupur comes to Anirudh and grabs his collar and again accused him that he killed her husband over trifles. She says that he is responsible to make me a widow and you this intentionally. Anirudh tries to justify himself, but Tupur stops him in between. Thakumaa is crying about the situation she says that she is bemused to whom she consoles first. Just then the Police arrived and calls out Anirudh.

Everyone shockingly seeing and asked Thakumaa for her statement. She says when she reached there Anirudh and Chandrachur were fighting and in between a fire was shot and Chandrachur fell on the ground. The inspector says that all evidence are pointing out Anirudh. Trilochan comes and starts favouring Anirudh, but her mother reprimands him.

Bondita and Tupur are crying badly, Bondita tries to save Anirudh but in vain. Chandrachur’s father gets furious. Anirudh then speaks up and says that he will tell him the truth, he doesn’t to invitigte more on this. Tune in to Colors Tv at 8 PM and watch the complete episode. Never miss any Barrister Babu written update, stay connected with Social Telecast.