The coming episode of Barrister Babu begins where the entire villagers organize a mass wedding ceremony in which, a lot of couples get married and one of which, is a small caste couple. As soon as they start doing the ritual by mistake they sprinkle a few drops of water on Chandrachud, and he gets angry and starts retaliating. He passes derogatory remarks to them that how they dared to do this despite knowing that they belong to a small caste and slaps the groom too. But Anirudh does not bear this and asks Chandrachud to Apologize to them as soon as possible. 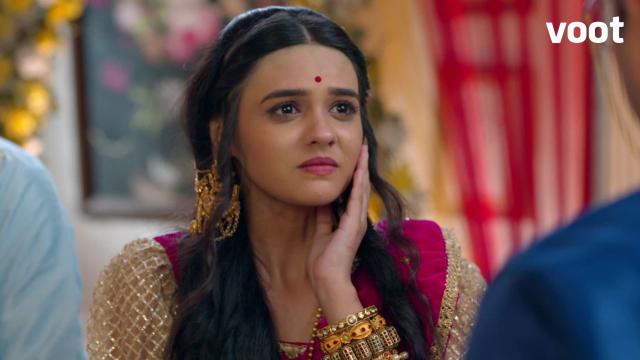 At the same time, Anirudh says that no matter what happens but he will not apologizes to him because as far as he has concerned he did right. But Anirudh says that unless he is here no one can let anyone feel down, so therefore he will have to apologizes to him. But he keeps on refusing by saying that he can do whatever he wants, and as soon as Thakurmaa sees the circumstances that everything is getting spoil gradually, she apologizes to the couple. Chandrachud sees everything and interrupts Thakurmaa by saying that if she wants him to apologizes to the couple so he will definitely.

Then Sampurna brings pieces of jewellery for Bondota and informs that someone sent it for her because he wants to see her as Anirudh’s bride. Bondita says that she knows who sent it and asks Trilochan to come inside because she knows that he is standing outside of her room. Meanwhile, Samourna asks Trilocan to come inside but he is ashamed of his exploits hence, he refuses to come because he can not face Bondita. Meanwhile, says that without knowing the reason he has done plenty of inappropriate things with Bondita, which are not even forgivable.

After a while, he comes inside and apologizes to Bondita by saying that how could have he forgotten all those things which, Bondita has done for his family. But despite this, his intention got spoiled and he has done the worst behaviour with her, meanwhile, Bondita says that she does not have any grudges to anyone else. At the same time, she mentions that Trilochan is like her father and he has all rights to rebuke her but it does not mean that he should apologize to her. So do not miss streaming it on Colors at 08:30 PM and for more details connect with us.