Hello, all the Bigg Boss 16 enthusiasts, finally your favorite and highly anticipated TVV reality show is all set to make you feel over the top, as the Sunday, 18th December 2022 episode is bringing high voltage drama along with such activities which will make you astonished. Because, recently quite unexpected evictions commenced in the show through Saturday’s episode, and till now, the audience is going through pain as they will not get the chance to see their favorite one again on the Television Bigg Biss show. Below you can explore everything you need to know along with some unknown facts. 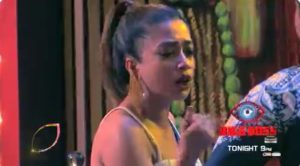 Meanwhile, an ugly argument begins between Archna and Priyanka over the food as Archna stole the flour of other contestants and saved it while it was needed to be there. Thus Priyanka accuses her as the thief by saying that she is the only one who is holding such tendencies and therefore, she will have to give the flour back otherwise she will complain to Bigg Boss. Archna argues with her and says that she is not interested to answer her and says that she should think about her before saying anything as she has done plenty of things as well.

Priyanka & Archna Get Into An Ugly Argument?

Then, Priyanka mentions that Archna is the only contestant who is having problems with everyone no matter who is standing in front of her, and this is the reason such a contestant does not exist for her in the show if she wants to keep the flour than it’s her choice, and leaves the place by saying that unless she is remaining inside the Bigg Boss house she will not talk to her and asks the housemates to not force her for anything. Meanwhile, she holds the food duty and says that she does not want Archna near her in the kitchen.

After a while, Sumbul and Tina also exchange a verbal spat over the chocolate as Sumbul got only 2 packets while her companions were having more than 2 packets which are inappropriate, and asked Tina to give her if she is having extra. But Tina says that she is not having an extra because she got what she deserved and warned her to control her voice. Sumbul says that she does not afraid of her so first she should stop doing all these and leave the place. So watch it on Colors TV and for more details stay tuned with us, stay tuned with us and do follow Social Telecast.