It is no doubt to say that Bigg Boss 16 has become one of the most favorite shows being telecasted right now. People always try to search for the preview of the upcoming episode as waiting an entire day to finally be able to see what happens next is quite tiring. The fans always remain eager for the new episode and this also happens to be the reason why BB16 keeps trending on Twitter and other platforms. Here, check what will happen in today’s episode and whose journey in the show will end. 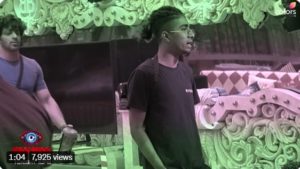 As everyone knows that the main theme of the reality show has always been the relationships of housemates and Salman Khan put this to the test in the latest weekend episode. In that episode, Maniesh Paul joined the superstar host. Needless to say, both actors shared moments of fun and masala with the housemates inside the house and due to this reason, the episode got interesting too. Several kinds of games were played by the contestants including MC Stan, Priyanka Chahar, Tina Datta, Soundarya Sharma, Archana Gautam, Shalin Bhanot, and others.

Now, it is coming forward that after the shocking eviction of Abdu Rozik, another popular contestant will leave the show this week. Speculations are rife that it would be Ankit Gupta as the housemates voted him out. Sources have confirmed that Ankit is gone from the show temporarily. Yes, the actor will be evicted from the reality show temporarily. Apart from him, Tina, Vikas, Ankit, and Sreejita happen to be in the danger zone. Let us tell our readers that the show has been providing the fans with entertainment for a long time. It is no doubt to say that the show is winning everyone’s hearts.

After getting evicted from the show talked about the remaining contestants. He said that he sees Priyanka Chahar Choudhary as the winner and went on to mentioon its top 3 as Shiv, Priyanka, and Sajid Sir. Talking about what he would miss in the show, Ankit said that he will not miss anything as he is not the kind of person that misses something and that once he is out, h does not miss anything. The actor praised Salman Khan’s prsence as host and said that he is handling everything quite well. Keep following Social Telecast for more such updates and the latest news.