Hello, all the Bigg Boss 16 enthusiasts, finally, we are back with exclusive updates of your favorite and highly anticipated TV reality show, as the Thursday, 8th December 2022 episode is bringing the high voltage drama along with some over-the-top activities. As Bigg Boss has announced the captaincy or better called Raja/Rani task under which a new Raja will be chosen and therefore, the contestants are trying hard to get the task on their name in a certain manner they want. Because, the winner will get amazing privileges and therefore, no one would like to miss it, no matter what happens. 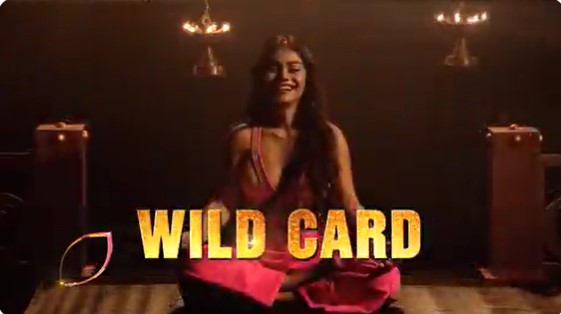 The coming episode begins, where Shalin sits outside in the garden area as he does not want to remain in his relationship with Tina and this is the reason, he brings his tea out of the house. But Tina finds it suspicious as she says that he should have talked to her about such stuff if he is going through something. Thus, she goes to him and asks about his problem and what happened he is now maintaining a distance from her while there is nothing between her and him. Shalin replies that now he has come to know what is good for him and what is bad.

Meanwhile, Tina interrupts him by mentioning that a few days ago everything was fine between the two, and now ever since the weekend episode took place everything has changed between them which is a bit shocking. Because if there was a friendship between the two so minor things can not be affected their friendship like this. Shalin consoles her by replying that he is the person who chooses to leave the place instead of being humiliated as he always puts his self-respect at the top no matter what happens and therefore, now he is maintaining the distance.

But the entire attention has been grabbed by the new wild card contestant as Bigg Boss is bringing Sreejita again in the show, and her entry is bringing the fire as well. Because she is coming to give a reply to those questions that had remained unsolved, and therefore, almost everyone is waiting for the episode. Initially, she asks Tina to meet her and unveils plenty of secrets while addressing her as the quite negative personality in the Bigg Boss house, but Tina gets offended after hearing all these. So watch it on Colors at the correct time and for more details stay tuned with us to know more, do follow Social Telecast.