Bigg Boss Kannada Season 9 has been going very strong since its premiere. Within a short course of time, the reality show has managed to garner a lot of attention from the netizens. Let us add that just like the other shows, BBK9 has also remained in the controversy for its contestants or their respective fights and arguments inside the house. The show has entered a stage where it has gotten its top five finalists. It has gotten the attention of the fans as they are looking forward to the upcoming episodes. 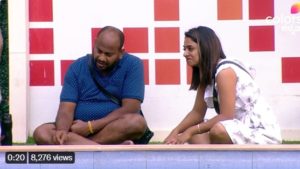 As mentioned, the reality show has been dominating the TRPs ever since it premiered on television. It is no doubt to say that the show has obtained a decent fan base who looks forward to watching the new episodes. Since the show has reached the stage where only five contestants are remaining in the game, the fans are eager to find out who will move ahead and whose journey will cease here only.

For those unversed, the five finalists include Aryavardhan Guruji, Roopesh Shetty, Deepika Das, Amulya Gowda, and Rupesh Ranjanna. Apart from Deepika Das, every finalist has been in the house since its premiere. Deepika is the only finalist who has entered the show as a wildcard contestant. As per the promos that have been circulating on social media, BB will give the contestants a special task where they have to write their respective journeys in the show in a secret letter.

The participants will have to keep their names hidden so that no one finds out to whom a particular letter belongs. While writing his journey, one of the finalists Rupesh got emotional. Recalling his journey made him teary-eyed. After everyone was done with the writing part, a box was set up outside the confession room. The contestants had to put their letters in the box.

Later, they found out that Bigg Boss has decorated the garden area for them where they will be shown their respective journeys. Both good and bad memories of the participants were shown in the show which made everyone nostalgic. Everyone felt like they just entered the show yesterday and no one could believe that they managed to come this far. Besides the letter task and BB showing the journey of the contestants, Arun Sagar was evicted from the house. Watch Bigg Boss Kannada Season 9 and stay tuned to Social Telecast for more updates.