Hello, all the Bigg Boss 16 lovers, finally we are back with exclusive updates of your favorite and highly controversial show, as the Tuesday, 8th November 2022 episode is bringing the high voltage drama along with some over-the-top activities. Because Archna is the only contestant who is having a problem with Abdu’s captaincy as she is not accepting him as the captain and therefore, continuously creating obstacles while making him realized that he is not a good captain of the house, as his own friends are not following his rules and duties assigned by him. 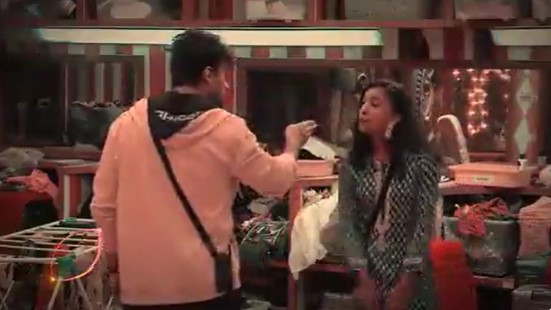 Now, Archna is coming into control as housemates are standing by Abdu and therefore, she is doing her duties too while creating such stuff. But the entire attention has been grabbed by Gori and Shiv as their dispute is not taking the name to stop since last night when Shiv accuses her as thief, who steals somebody’s ration no matter what happens.

Therefore, Shiv is angry at her because now he forgot everything and she should also forget the things while moving ahead. But she throws attitude at Shiv by saying that she will be the same till the end so if he is having an issue so it is his problem.

Meanwhile, Shiv says that he knows how to break somebody’s attitude she please keep it in her as he is not here to take this shit, and therefore, he asks her to cut the tomato as Soundarya needs her help. But Gori refuses by saying that she is a thief and therefore, she is not touching anything because they can accuse her at any moment so it would be better if she stays away from all these. But Shiv is continuously poking her by saying that she will have to do the work otherwise he take her class.

At the same time, a strange dispute takes place between Sumbul and Shalin due to their friendship where Sumbul blames him as partial. Because whenever he has to choose someone between the two so he always chooses Tina over her in spite of knowing that she was his first friend in the BB house.

Meanwhile, Shalin clears that he is not here for Sumbul or Tina as he is playing his own game so she does not need to connect these things. Sumbul replies that she does not need him so please go away from her side, watch it on Colors TV and for more details stay tuned with us, do follow Social Telecast.