Heartbreaking news is moving around the internet related to Black Stalin, Who was known to be a Popular Calypsonian. When the news took place on the internet his fans started posting his picture and writing obituaries. In this article, we will give you information about who was Black Stalin and how did he die. 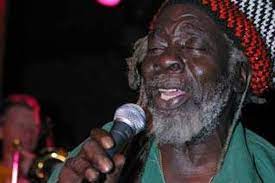 Who Was Black Stalin?

Black Stalin was born on 24 September 1941 in San Fernando and his real name was Leroy Calliste. From childhood, he was interested in music and always wanted to be a musical artist. In the year 1967, he joined legendary calypsonian Lord Kitchener’s Calypso Revue tent and reached the finals of that year’s Calypso Monarch competition. After this, in the year 1979, he went on to win the title of Calypso Monarch with his classics “Caribbean Man” and “Play One,”.

After this achievement, Stalin never looked back and went on his way to success and sang many songs such as Wait Dorothy Wait, Black Man Feelin’ to Party, Mr. Panmaker, In Times, Bun ‘Dem, Look on the Bright Side, Tribute To Sundar Popo, and Ism Schism. In mid 90s staling signed with Barbadian Eddy Grant’s Ice Records label and released many albums Rebellion, Message to Sundar, and others. Stalin won the title of Calypso King of the World title in 1999 and became the king of Calypso singing.

Black Stalin was one of the most popular singers from Trinidad and was known for his lyrics against European colonial oppression.  In 2014, he had a little stroke after performing at a charity show in South Trinidad, and on 28th December 2022, Stalin died at his home around 9:45 am, He was 81 years old at the time of his death. His wife Pastry said that he was admitted to the San Fernando General Hospital and getting regular treatment from the doctors.

Black Stalin was a well-known musical personality from Trinidad and achieved many titles in his singing career. People on Twitter paying tributes and praying for him. Also sending condolence to his family. The Calypsonian music industry lost a gem as Black Stalin. He will always be alive in our memories as he gave such amazing songs to the industry and can never be forgotten. The cause of death Stalin’s is not been revealed yet but according to the reports, he was suffering from some disease for a long time and dies at 81. Our condolences are with his family. For more latest news and updates across the world stay connected with socialtelecast.com