Hello, all cinema lovers, so, one of the highly successful films of the year Drishyam 2 denied to slow down. Despite facing stiff competition from the latest epic science fiction drama Avatar: The Way of Water, the film is continuing with its firm business at the box office. The film broke numerous records from the day it started its theatrical journey. It is one of the much-hyped films of the year and lives up to the expectations of the audience on the big screen. The lead star Ajay Devgan again proved no one can beat him when it comes to acting skills. Get more information on Drishyam 2 5th week box office collection. 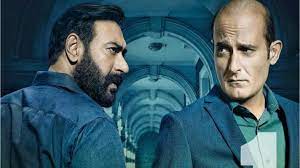 As far as the figures of film in the 4th and 5th week are concerned the film is collecting healthy figures. The 5th-weekend collection of the film was quite wonderful as it minted around 7.50 crores and that is too after releasing another much-awaited film The Way of Water which caused a 60% drop in the collection of Drishyam 2 but still, the film is collecting footfalls in the theatres. Apart from this it again going to face another completion with the release of Ranveer Singh starer Cirkus in the upcoming week although it is assumed that the completion will be compensated because of the Holiday week.

In addition to this, Drishyam 2 bagged 100 crores within 4 days of its release and entered the 100 crore club. It achieved another milestone within 6 days of its release and emerged as a major financially successful film of the year. As of now, the film collected 263.51 crores in India and the overseas contribution of 52.74 takes the worldwide collection of the film to ₹316.25 crores.

The film is directed by Abhishek Pathak and produced by Bhushan Kumar and Krishan Kumar under the production banner of T-Series Films. Ajay Devgan is reprising his role along with Tabu, Shriya Saran, and Ishita Dutta whereas Akshay Khanna joined the cast in the sequel. Stay tuned with Social Telecast for more information and the latest updates.