A quite frightening firing incident was been reported from the Rohini Court in Delhi on Friday in which, notorious gangster Jitender alias Gogi was shot. As soon as the incident happened there was a stampede among the people standing nearby as the bullets were fired continuously, which no one even thought. Whoever saw this terrible scene, their fear was at its peak because when the firing took place, a very terrifying sound arrived due to which, there was havoc among the people. Get to know more comprehensive details check the details given below. 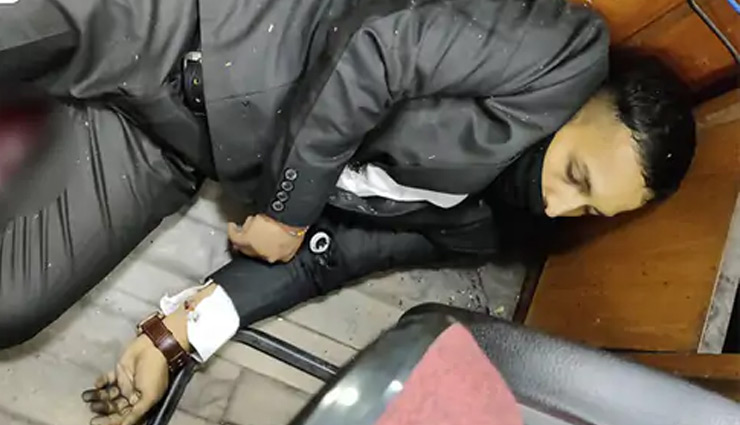 As per the exclusive reports, The incident took place in Rohini court number 206 when  Jitender was to be present before the judge. The special cell of Delhi police has encountered two attackers and these attackers are believed to be from the Tillu Tajpuria’s gang. Due to the shooting three people have lost their lives and a female lawyer got brutally injured. Reportedly 35-40 rounds were fired during the incident, which is quite terrific, Delhi Police Commissioner Rakesh Asthana has conferred the statement. Where he said, that gangsters have been shot, two arrived in Lawyers uniforms and three causalities have been reported.

It is being said, that numerous videos of the incident have been viral on social media and watched by plenty of users, in which lawyers are seen clambering to get out from the building amidst the horrific sound of gunshots in the background. Jitender and Kuldeep were toppers at Delhi University, and a few months ago they were arrested by the Special Cell from Gurugram. Later Kuldeep Fazza had escaped from behind the bars on 25th March 2021, an officer of Special Cell has unleashed a statement where he informed that more than 50 contacts Jitender Gogi has.

If the sources are to be believed so in 2020 cartridges and weapons were recovered in a huge quantity from Jitender Gogi. Only for the arrest of Jitender Gogi, the Delhi government had kept rewards of 4 lakhs and Haryana up to 2 lakhs and this is the reason why he counted in the most-wanted criminal list. Gogi’s name has also come in the past in a murder case of Haryanvi singer and dancer Harshita. In 2018 another gang war was spotted between Gogi and Tillu in Burari, where three people lost their lives and 5 were brutally injured. so we have mentioned such details which came as per the sources, and if we will get more we will update you