In today’s episode of Ghum Hai Kisike Pyaar Mein (GHKKPM), Bhavani expresses her happiness on Samrat and Pakhi reuniting. Bhavani also feels happy thinking Samrat and Virat will perform Dahi Handi in Janmashtami. Though Virat announces that there is nothing as important as his duty. Pakhi feels that Virat is getting jealous of seeing her with Samrat and that he is getting transferred because of her. Here, Sai thinks to stop Virat from leaving his family. Pakhi speaks up. She says that she knows everyone thinks her of being the reason behind Virat and Sai’s problematic relationship.

Pakhi adds that she is going to Mahabaleshwar with Samrat so Sai and Virat can stay here comfortably. Virat clears Pakhi’s misunderstanding and says that she is not the reason for him taking the transfer. He says that he is leaving to get the procedure complete at the police station. The family gets tensed and asks Sai to stop him from doing so. However, Sai recalls how rudely Virat behaved with her. She decides to leave for her college. 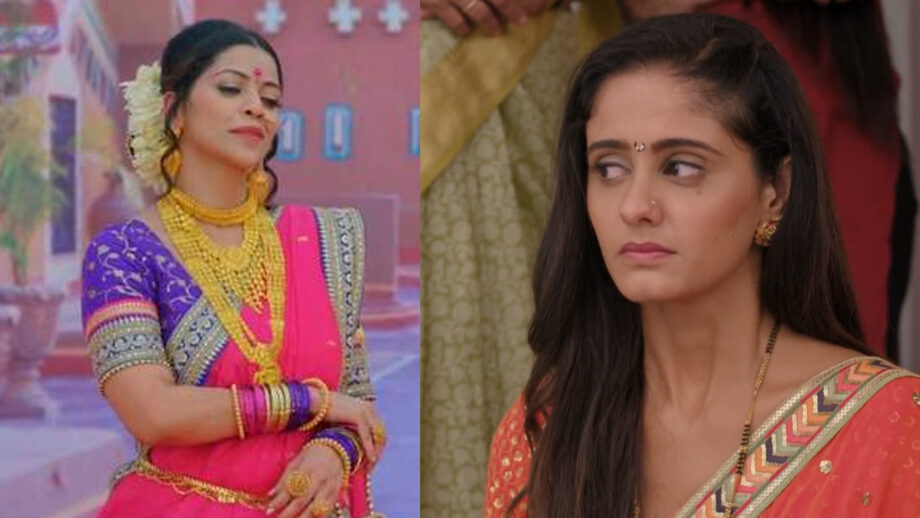 Here, Ashwini feels that Virat is going through something and not sharing it with anyone. She thinks to stop the transfer orders. On another side, Sai goes to DIG’s office. She requests him to stop Virat’s transfer. DIG says that Virat himself had applied for it and there is nothing he can do in this matter. Sai asks him to help her as he is both physically and mentally unwell. DIG understands and says that he would have to do something as he can’t risk a decorative officer’s life.

DIG agrees to hold Virat’s transfer orders but only for some days. Later, Sai asks the DIG not to disclose it to Virat as he will get angry at her. Here, in the Chavan’s house, the entire family is busy in Janmashtahmi preparation. They express their excitement about Shiva and Jiva’s Jodi breaking Dahi Handi. However, Samrat asks Mohit to accompany him in breaking Dahi Handi. Mohit asks if he is asking him because Virat would leave tomorrow. Meanwhile, Ashwini comes.

Ashwini asks Samrat to give Virat another chance and to forgive him for hiding things from him. She requests him to give him a chance as he gave to Pakhi. Samrat tells her that Virat himself is avoiding having any conversation with him. Later, Virat comes and says he doesn’t have to go anywhere. Samrat asks how it happened to which Virat replies that he himself is trying to find out.