The popular serial of Star Plus titled “Ghum Hai Kisike Pyaar Mein” is back with another interesting episode. Let’s find out what is supposed to take place in today’s written update of 9th September 2021. It starts with Sai requesting Bhavani not to involve her in the rituals that include one’s partner. She says that there is nothing between Virat and her and that it’s just a compromise. Bhavani doesn’t like Sai’s statement and asks her not to say such things on the special occasion of Janmasthami. Bhavani asks Sai why was she worried about Virat being transferred.

Bhavani adds that if she doesn’t like him or thinks that their marriage is just a compromise, why did she complain to Samrat about Virat not taking care of her. Ashwini comes and asks Sai to just follow what her elders are instructing. Shivani excitedly says that soon they will get a Bal Gopal. Karishma gets annoyed and says that she can not even think of having a baby as he husband is enough since he behaves like a baby as well. Later, Bhavani announces that she will gift a pearl necklace to the Bahu who will give her the child first. 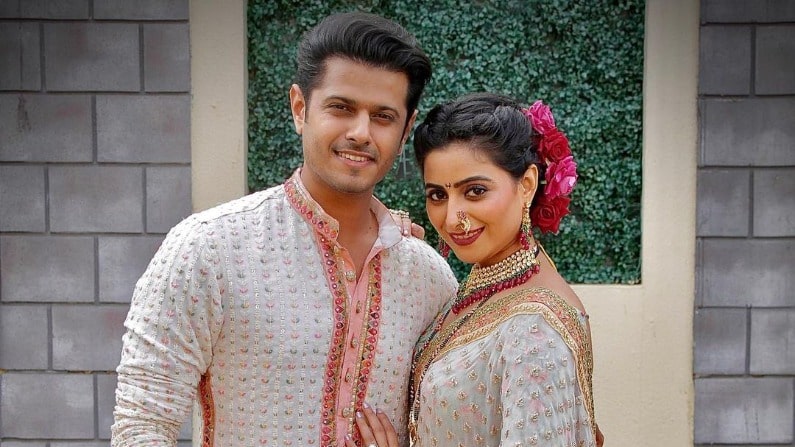 Ashwini gathers all the Bahus of Chavan house including Pakhi, Karishma, and sai, and asks them to perform the ritual correctly. While they were cradling Krishna, a flower falls on Sai’s hands. Ashwini notices that and says that it’s a blessing from Krishna himself. Once the Pooja is finished, Devi expresses her happiness and says that due to the presence of all the three brothers, the festival has become the best. Ashwini then asks the three couples to feed each other’s Prasad. Virat goes on to feed Sai Prasad and thinks if she will ever consider his feelings.

The next day, the entire family gets busy preparing for Dahi Handi. Here, Shivani questions Sunny if he knows who stopped Virat’s transfer orders. Sunny tries to think but couldn’t come up with an answer. Shivani tells him that it was Sai who managed to convince the DIG to postpone the orders. Sunny gets happy and says that only she can do anything for Virat. In the upcoming episode, it will be shown that Virat and Samrat perform the Dahi handi ritual while Sai and Pakhi cheer for Virat. Later, Virat learns that Sai stopped his transfer. Follow for more exclusive updates of Ghum Hai Kisike Pyaar Mein.