The Chavan family celebrated Janamasthami in the previous episode. With the presence of both the brothers, the occasion became the best celebration. The latest episode of Ghum Hai Kisike Pyaar Mein starts with Bhavani who suggests beginning the preparations of Satyanarayana Pooja. Mansi assures Bhavani that everything will happen smoothly and asks her not to worry. Here, Samrat brings gifts for the family members. Karishma doesn’t leave the chance the taunt Mohit. She says that received gift after a long time as someone (gesturing towards Mohiyt) never gifts her. Sonali asks Karishma not to insult Mohit like that. 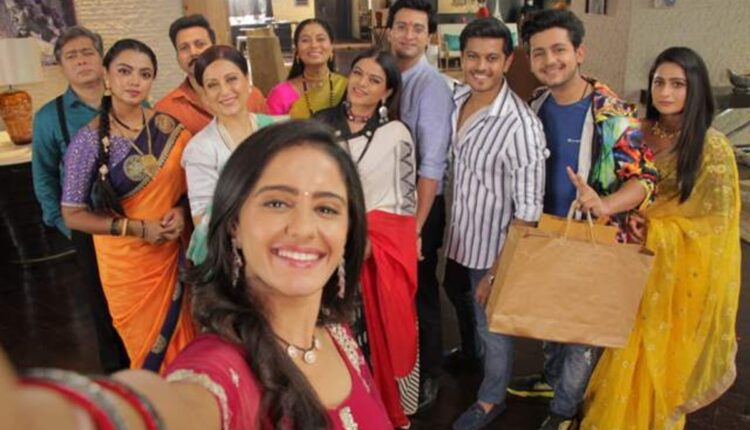 Bhavani asks Samrat why is he gifting them all of a sudden. Samrat says that he and Pakhi wanted to make everyone happy so they decided to bring gifts for them. Mansi asks if that was the case, why is distributing the gifts alone and asks about Pakhi. On another side, Pakhi is seen helping Virat wear his T-shirt. Virat didn’t know that it was Pakhi helping him. He turns around to thanks Sai but gets shocked seeing Pakhi there. Virat surprisingly asks why is she here. She says that she saw him struggling so decided to help him.

Meanwhile, Sai comes. Pakhi asks her if Virat will look good in Kurta that she and Samrat bought for him. Virat says that he doesn’t want to wear it. Later, Pakhi gives a Saree to Sai as well. The latter says that she didn’t need to but Pakhi insists she wears it at the function. Virat taunts Sai as he asks Pakhi why did she bring Saree for an ungrateful person. Sai thinks about the moment when Sai had bought a gift for Pakhi’s mother and the latter had insulted her. She recalls how Virat had taken her side. Sai taunts Pakhi for being so Dramebaaz.

Virat gets angry and asks Sai to drop the act. Pakhi asks the pair not to fight because of her as she just wanted to give them gifts. Sai asks then why she came alone to Virat and not with Samrat. Here, Mansi looks for Pakhi. Karishma says that she must have gone to Virat to give him the gift. Samrat nods. Meanwhile, Sai asks Pakhi not to pretend that she is happy with Samrat as they are tired of it. Pakhi wonders how did she find out that she is showing off her new relationship to Virat. Catch Ghum Hai Kisike Pyaar Mein latest episodes on Star Plus.