Today’s episode of Ghum Hai Kisike Pyaar Mein begins with Shivani. She tries to make Sai understand that no one would bear the responsibilities of a person for more than a year and asks her to think deeply about it. She asks if she thinks that Virat brought her a Ruby pendant out of his responsibility and went against his own family for the same reason. Shivani questions if Virat crying his heart out when he had met with an accident was meaningless and him giving her birthday surprise was nothing but responsibility. 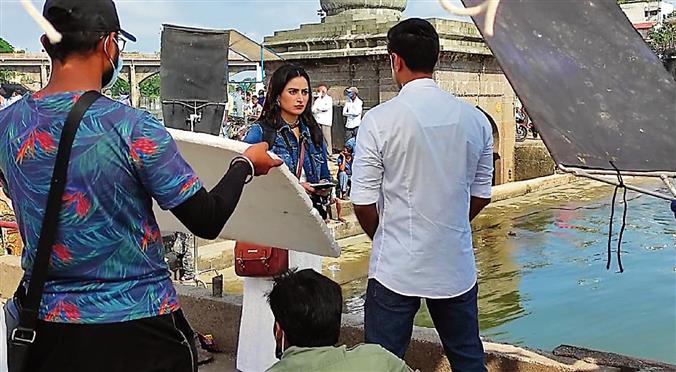 Shivani tells Sai that Virat has fallen in love with her and has been doing all of this to make her understand the same. Sunny agrees with Shivani and says that Virat loves Sai. Shivani requests Sai to consider Virat’s love and not to reject it. Sai says that how can Virat love her when he held hands with Pakhi in the cafeteria and she saw it herself. Shivani doesn’t stop questioning Sai and asks if there are no feelings between them, why did she stop Virat’s transfer orders.

Virat happens to hear the entire conversation of the trio and gets shocked learning this. Sai eventually accepts that it was her who stopped his transfer orders by visiting DIG and requesting him for the same. She adds that she told him that Virat is not well and that he needs proper care. Sai continues that she stopped Virat’s transfer so that the family doesn’t get disappointed and that she doesn’t care if he stays or leaves.

Virat gets hurt and silently leaves the place. Sunny says that it’s just a misunderstanding between both of them and that she should see how much Virat loves her. Here, Ashwini gets happy seeing Virat happy. Bhavani praises Pakhi for being the reason behind Samrat’s happiness and blesses her. Bhavani asks Pakhi to invite her parents for Pooja tomorrow. On another hand, Ninad is celebrating Virat’s stay and asks if anyone knows who stopped Virat’s transfer.

Virat looks at Sai angrily and tells everyone that it was Sai. Ashwini gets extremely pleased learning that and pulls Sai into a warm hug. Samrat also praises Sai for thinking about the family. Virat asks Samrat if Sai shouldn’t have asked about his ish first. Pakhi taunts Sai for always doing what she feels like. Samrat asks why they both always talk rudely to Sai. Follow our site for more Ghum Hai Kisike Pyaar Mein written updates.