The recently released film “Gully Rowdy” has been doing well. Directed by G. Nageswara Reddy, it is an action-comedy filled with sweet romance. The movie was released on 17th September 2021 and have garnered mixed responses from the spectators. As the pandemic had affected the theatres, not many pictures were getting a theatrical release. For the past few weeks, the makers started releasing their films in the theatres with limited occupancy. Nevertheless, the viewers seemed excited about the film and head to the theatres. Here, we will inform you about Gully Rowdy Box Office Collection and how much it earned in two days. 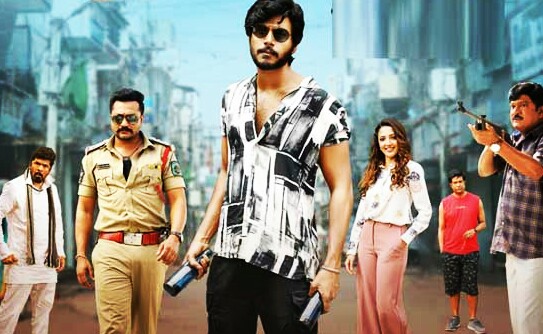 Viewers seemed excited about the film ever since its trailer was released. As the title itself suggests, the movie features the main lead in the rowdy character. Sudeep Kishan, the popular actor who predominantly works in Tamil and Telegu films, is seen playing the lead role. It’s no doubt to say that the fans were eagerly waiting for the actor to feature in a movie. The 34-years-old actor was recently seen in the sports drama, A1 Express. Apart from Sundeep, the movie features Neha Shetty, Bobby Simha, Rajendra Prasad, Viva Harsha, and many more in other pivotal roles.

Talking about the box office collection, the movie managed to earn 0.86 crores on an opening day. Undoubtedly, the figure is not that disappointing for the first-day collection. However, the makers surely had expected much more than that. Moving on to the second-day collection, the south Indian film garnered 0.70 crores in India. Looking at the downfall in the figures, it looks that the craze of the movie is not that much in the viewers. Now, it will surely depend on the weekday collection to see if the film lands in the hit category or not.

Let’s see if Gully Rowdy manages to collect satisfying numbers in the upcoming days or not. The Telugu film is made under the direction of Nageswar Reddy while the music of the action film is composed by Chowrasta Ram and Sai Kartheek. Talking about the cinematography, it is done by Sujata Siddharth while Chota K Prasad has edited the film. Produced by MVV Satyanarayana and Kona Venkat under the banners Kona Film Corporation, the film has garnered average reviews from websites. IMDb has given the ratings of 9 out of 10 whereas Cine Josh has given it 2 stars out of 5. Follow our site for more updates on the film.