The coming episode of Imli will begin where Aditya arrives while taking lord Krishna’s attire and Imli takes goddess Radha’s attire, but the twist arrives when Malini takes place in the same dress as Imli wore. Aditya gets shocked somewhere and suspicious too because nowadays, Malini is doing such things which she did not do before. But Aparna and Anu have bounds of happiness to see Malini, because this is what they want and Malini is doing everything as same as Anu is asking her to do. Meanwhile, guests forcing Aditya for dancing but Imli is busy in the kitchen, and therefore, he asks Aparna to call her.

Then Aparna assures him that he should start as long as Imli comes because but he refuses by saying that he will not perform without her. Malini is getting frustrated because still, Aditya chanting Imli’s name because he does not familiar with Malini’s conspiracy to make Imli away from him. Meantime, Malini starts dancing with Aditya but Mithi is getting worried about Imli and therefore she asks her mother to call Imli as soon as possible. But another side, Aparna reaches to her and says that she should go for a performance because Aditya is waiting for her, but Imli says that she can not go without making blessed Food. 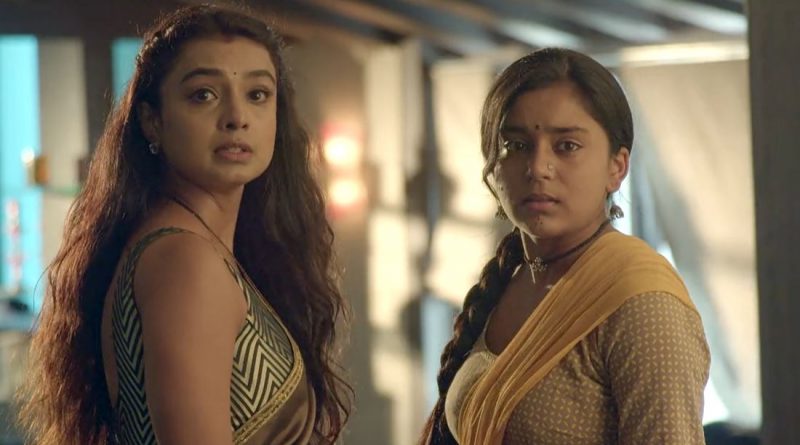 At the same time, Aparna passes derogatory remarks to Imli by saying that she is right because Kitchen is the right place for her, and Malini knows everything. In short, Aparna unleashes everything that it was only her conspiracy to take her away from Aditya because she does not deserve to stand with her son as Radha. At the same time, mentions that the real Radha of their house of performing with Aditya, so she does not need to take any tension about that. Imli gets shattered to hear because again she broke her trust and inwardly wonders that who is performing with him there.

Then Imli’s Nani arrives in the kitchen and asks Imli to go on the stage as soon as possible because Malini is taking advantage of her absence. But Imli says that she can not go without making blessed food, but her Nani says that she can cook it ahead but now she needs to remove Malini between her and Aditya otherwise it will be too late. Then Imli comes on the stage and Aditya gets happy to see her but Malini gets shocked along with Aparna and Anu. Even all kids start saying that there are two Radha’s and Malini feels let down because now she will have to leave the stage. So do not miss watching it on Starplus at 08:30 PM and for more details connect with us.