It is no doubt to say that reality shows have always been one of the major sources of entertainment. One such type of show is the most popular Indian Idol 13. After entertaining the fans with a total of 12 seasons, the show is now telecasting its 13th season, and needless to say, the fans are loving every part of it. They always remain eager to know what will happen in the upcoming episode. Here, in this article, let us find out about the same. Read the full article and get all the details. 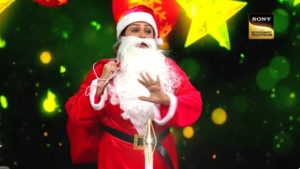 Recently, it came forward that Bidipta Chakraborty, a contestant on “Indian Idol 13” from Kolkata, has been requested by Bollywood actress Neelam Kothari to pose for her jewelry line. On the stage of the singing reality show, she also gave her a necklace from her line of jewelry. “Bidipta, Aap Itni Sundar Ho, Itni Cute Ho,” she said. The actress added that she is aware that several directors have appeared on “Indian Idol” and have advised her to become a heroine. Bidipta, you are so lovely and sweet, added Neelam. Although she shares her sentiments, she does have a surprise for her.

‘You know that I used to act and then joined my family’s business, right?’ Neelam then opened a package and presented it to Bidipta. Additionally, I now operate a jewelry company called “Neelam Jewels” where I focus on design and retail, which is when I had the idea to give you a gift. Additionally, why don’t you act as a model for my company? You must serve as its public face. Bollywood actresses Neelam Kothari and Ayesha Jhulka were among the visitors who were astounded by Bidipta’s performance on the track “Gajar Ne Kiya Hai Ishara” from the 1989 movie “Tridev.”

On another side, after learning about Senjuti Das’ father’s illness and her wish to exit the competition, legendary singers Vishal Dadlani and Himesh Reshammiya came up in support of her. One of the top competitors, Senjuti has won over both the judges and famous guests like “Double XL” film creator Vipul D Shah. The judges recently applauded her performance on the song “Sanam Mere Humraz” from the 2002 movie “Humraaz” on the show. Well, the show is really leaving no stone unturned to entertain its viewers. Watch the show on Sony TV and keep following Social Telecast for more updates and the latest and trending news occurring worldwide.