Amidst the rumors of Kanye West missing, his ex-business manager, Thomas St. John, said that he is unable to locate the rapper as he needs to serve him with a $US4.5 million ($6.7 million) contract lawsuit. The rumors of the 45-year-old American rapper going missing have surfaced all over the internet and have gained the attention of the people. Everyone seems to be wondering what happened to the artist and where has disappeared all of a sudden. Well, if you are also wondering about the same, check the full article below and get the details. 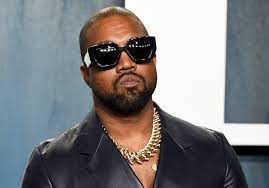 As per reports, the music mogul went viral online after a tweet by Daily Loud. The tweet read that the artist has reportedly been missing and that according to his ex-business manager, they have been unable to find him for weeks. Reports also claim that St. John is the ex-business manager of Kanye West who is determined to file a lawsuit against Kanye and his company Yeezy. In a December 19 court filing, John is seeking an extension of time to serve Ye and the other defendant including Yeezy LLC. The documents have confirmed the same too.

Since the manager has witnessed multiple failed attempts of contacting the artist, he and his attorneys have asked to extend the time until the end of March. Currently, there is a scheduled case management conference set for April 2023.

Besides, the manager is saying that they are also facing difficulty in notifying Ye’s lawyers as they believe he does not have an attorney either. Well, these reasons are enough for the artist to occupy the top trends on social media. Let us mention that it is not the first time when he has become a part of a controversy as there have been multiple events in the past that saw him becoming a hot topic.

Mr. St. John and his team have said that they will continue to make reasonable attempts to serve defendants and gestured going as far as hiring appropriate agencies to help them locate him. For those unversed, the complaint was filed in Los Angeles two months ago. John reportedly filed the lawsuit because he was not paid for the 18-month guaranteed term working as the artist’s senior financial advisor and chief financial officer. According to John, he worked for three months and was supposed to get paid $445,000 but he was paid nothing at all. Follow Social Telecast for more updates.