It is coming forward that a beloved New Orleans radio personality John Osterlind passed away before the New Year. New Orleans Police Department said that Osterlind was found unresponsive in his Warehouse District apartment in the 900 block of Poeyfarre Street on Thursday. The matter has become the subject of discussion on social media as everyone is coming forward and paying heartfelt tributes to the radio host. Due to this reason, his name is trending on multiple platforms. Check what happened to Osterlind and how did he die. Read the article and get the details. 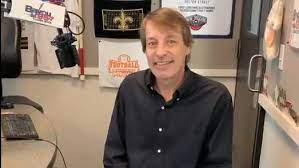 What Was John Osterlind Cause Of Death?

After John was found unresponsive, EMS was called. He was later declared dead on the scene. However, his cause of death has not been revealed at this moment. It is said that NOPD has listed his death as unclassified pending an autopsy by the corner. Posting to social media, WKBU Bayou 95.7 wrote that they are terribly saddened to report the passing of former Morning Drive host, John. They went on to add that he was an integral part of Bayou 95.7 and will always be a part of The Audacy – New Orleans family.

Who Was John Osterlind?

As per reports, the Connecticut native started a career in radio broadcasting at 103.7 FM WWRX in Providence Rhode Island from 1987 to 1988. Later, from 1989 to 1992, he moved to WCCC-FM in Hartford before becoming legendary at WAAF FM in Boston where he was music director from 1992 to 2001.

John went by the on-air name “Ozone”. After the news surfaced on the internet, John’s friends, colleagues, and loved ones came forward and paid their heartfelt tributes to him. RIP messages and tributary posts have flooded the internet ever since the announcement while John’s name has also become a hot topic on the internet.

However, John’s cause of death remains to be unknown at this very moment. What happened to him and how did he die remains to be a mystery. However, the family will come forward and discuss the same once they came out of this extreme level of pain. Reports confirm that the host eventually landed on Clearchannel/ iHeart News Talk station, WRNO FM in New Orleans. Osterlind rose to popularity along with his co-host James Parker with his on-air gags on his call-in News/ Talk show. His sudden death has saddened many of his fans and well-wishers. Social Telecast also comes forward and pays him heartfelt tributes. May his kind soul rest in peace!