The popular show of Colors TV, “Khatron Ke Khiladi 11”, has entered the semi finale week. All the contestants are giving their best performance to secure a place in the upcoming finale week. No one wants to face the deadly elimination or eviction in KKK11 so the spectators are getting to watch some power-packed performances from all the existing participants. The stunt-based show has garnered such good responses from a short amount of time that the viewers stay excited even before the telecast. Let’s check what are the highlights of today’s episode of 12th September 2021. 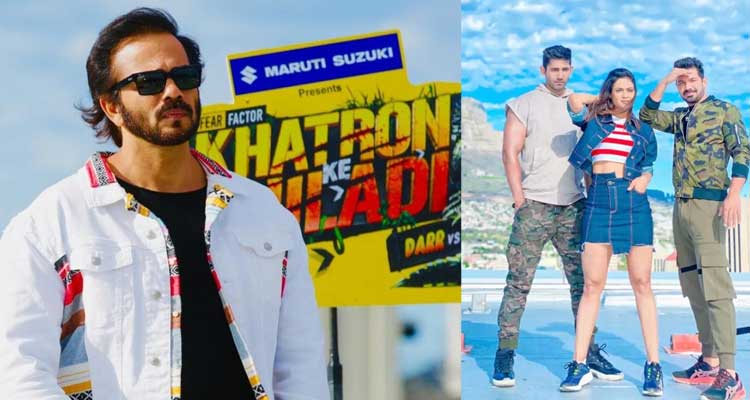 Talking about the previous episode, there was a shocking elimination. It shook everyone as no one was certainly expecting it. An elimination stunt was performed between Shweta Tiwari, Vishal Aditya Singh, and Abhinav Shukla in Saturday’s episode. The trio had to put the basketball in the net. Well, it was not that easy as Rohit Shetty introduced a new twist in it. The contestants were instructed to stand on a platform hanging in the air and by maintaining their balance, they had to put the ball in the net.

Besides, a total of five balls were placed on the platform while the rest of the balls were hanging on the net only. The participants had to pick one ball at a time and throw it further in the net. Vishal Aditya was the first contestant to perform but sadly he couldn’t succeed in it. Shweta went next and failed to score any goal either. Abhinav Shukla went last and before he could throw the ball, he fell. Although none of the participants scored any goal, Abhinav Shukla was eliminated from the show as he fell right away. It was quite shocking to see such a strong player getting evicted.

Tonight, the host of Khatron Ke Khiladi 11, Rohit Shetty will tease Shweta Tiwari by assigning her a water-based task. Yes, she would be seen sitting on a chair that would be placed upon the swimming pool. The chair would be fixed with the help of the strings. Rohit instructed that he will ask some questions to the actress and one string will be cut upon the wrong answer. Vishal was called to cut the said wires. The channel has released interesting promos on various social media platforms that has been gaining huge attention from fans already. It is expected that another elimination task will take place in KKK11 where except for Divyanka Tripathi, everyone will perform.