Ludhiana, India: once again a very controversial case regarding dowry is coming to the fore where another girl lost her life, due to her in-law’s demands over money or jewelry. Yes, you heard right, a Ludhiana-based girl Muskan decided to end her life after being tortured by her mother-in-law and father along with her husband. As soon as the news is spreading, almost everyone’s anger is coming to such an extent that we cannot even tell you as innumerable are requesting the concerned authorities to take strict actions against the defaulter, below you can explore further information. 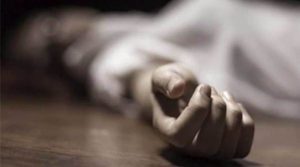 As per the exclusive reports or sources, Muskan has been found dead under mysterious circumstances at her husband’s residence in Dr. Ambedkar Nagar of Ludhiana on Saturday, 17th of December 2022. Amid, the mother of the deceased alleged to her in-laws that they were continuously asking her to bring the dowry from her parents otherwise their son will give her divorce and make sure to remain her in a certain condition as he will not let her marry again. She does not what-all her daughter had faced in their house because of this, she had to take such steps otherwise she was quite strong.

Reportedly, the body of the deceased was found hanged by the ceiling fan and thus, initially, she had taken on the surface while seizing the room after detaining the entire in-laws of the victims who are currently remaining under legal custody.

Now, the investigation is also going on to find out the further activities so that, the case can reach the consequence in a certain manner. Because no one has a right to become the cause of somebody’s untimed departure, especially over dowry, as it is banned in India, and in spite of this, a few do this without getting afraid of the law.

As soon as the news is getting circulated on social networking sites uncounted reactions commenced hitting the headlines, as uncounted are expressing their sorrow to lose another girl with the same dowry case. Hence, almost everyone is paying tribute to him while requesting the police to take strict actions against the defaulter whose prime involvement is standing behind all these. Therefore, on social media, a wave of the immense flood took place where innumerable are expressing their rage over the case. So here we have mentioned such details and when something will come come out we will update you, stay tuned with us and do follow Social Telecast