In the murder case of Elle Edwards, officials have arrested a man and a woman. For those unversed, the 26-year-old was murdered at a Merseyside pub on Christmas Eve. She was shot to death and the news has surfaced all over the internet and has garnered the attention of many. Now, it is reported that the cops have detained two people in connection to the case. Are you curious to know about what happened that day and why the lady and the male suspect kill Elle? Well, if that’s the case, check the article below and get all the details. 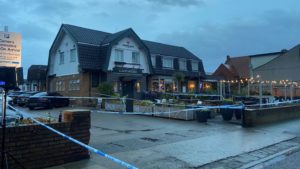 According to reports, Elle Edwards, who was a beautician, was shot in the head at the Lighthouse in Wallasey Village. She was murdered on Christmas Eve which makes the news even saddening as one could not even imagine that their life can be taken away on such a day. It is reported that Elle had sustained life-threatening injuries so taking her health into consideration, she was immediately taken to the hospital.

However, she could not recover even though the doctors tried their best to give her the best possible treatment. Now, it has come forward that the cops have taken a 19-year-old woman and a 30-year-old man into custody. The duo has been arrested on the suspicion of murdering the young woman. Reports confirm that both the man and the woman will be investigated thoroughly so that their motive behind the horrific killing can come to the front.

Currently, the officials are unaware of the fact that what happened to the woman and why was she killed, that too on Christmas Eve. Did the culprits know Elle Edwards and had planned this murder or she was killed randomly? Apart from Elle Edwards, four other people who happened to be present at the pub were also injured. According to police, one of those four victims, a 28-year-old man from Beechwood in Wirral, is still receiving medical treatment.

It is expected that his health condition might get better and he might recover soon. However, not many details regarding the case have come forward yet. We are trying to fetch all the details that could update the case. Currently, tributes and condolence messages have poured in for all the victims who witnessed this horrific shooting. Keep following Social Telecast for more updates and the latest and trending news happening around the world. Stay tuned with us!