Today we are going to share the sad news of the death of Hridyansh Rathod, who is going to a party with his family. He was 3 years old and had gone with his family to the Garware Club in Churchgate for an Argentian-France final watch party. This death news is circulating on the trends of social media and lots of people share their responses related to his death through social media pages. His family and other members of the family also express their grief for his loss. Here in this article, we shared all information about this terrible incident and also discussed in brief how this whole incident happen. 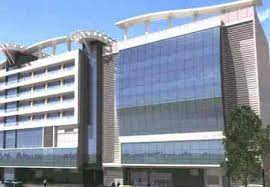 As per the reports, His father named Avanish Rathod is a member of the Garware Club in Churchgate and he went to the club for an Argentina-France final watch party. As per the reports, the boy fell from the fifth floor and died at a club on Sunday night and the football World Cup final party changed into a scry tragedy for his family. This incident occurred when the 3-year boy went to use the toilet on the fifth floor where the family was enjoying the match on a big screen on the sixth-floor terrace. His fall down was reported by his 11-year-old cousin named Vivan at around 10:40 pm.

His cousin heard a noise and noticed that he had fallen down the stairs when they both were returning from the toilet by walking to the sixth floor. The child reported that he fell out through a gap between the safety of glass covering railings. His cousin ran up the stairs and report to everyone that Hridyansh had slipped and fallen down from the building by the way of a gap.

His family and the other members of the terrace ran to find him at the spot but they cant found him anywhere then suddenly they realized that he was lying on the ground with lots of major injuries and blood is continue flowing out from his body.

He was immediately transferred to the nearest hospital where the doctor confirm his death around 2 am. Police said that his parents are very sad and shocked after this terrible incident. His family blamed the club responsible for his death and for negligence in not replacing a missing glass panel. The investigation is ongoing and police are scanning the security footage to know about that what happened there. We will update our article after any information related to this article.