The latest episode of Nima Denzongpa started with Sunita suggests Suresh choosing one side. She says that he has to choose between Nima and Tulika, otherwise you will ruin your life. Suresh replies that he was good with Nima and his daughters, it was you who brought Tulika into my life. Varun came just because of fulfilling your wish of having a grandson. Suresh further says that they are my responsibility as well how can I abandon them. Sunita asks if you consider your son and your wife as rubbish, Sunita again pressurized her to pick a side and leaves. 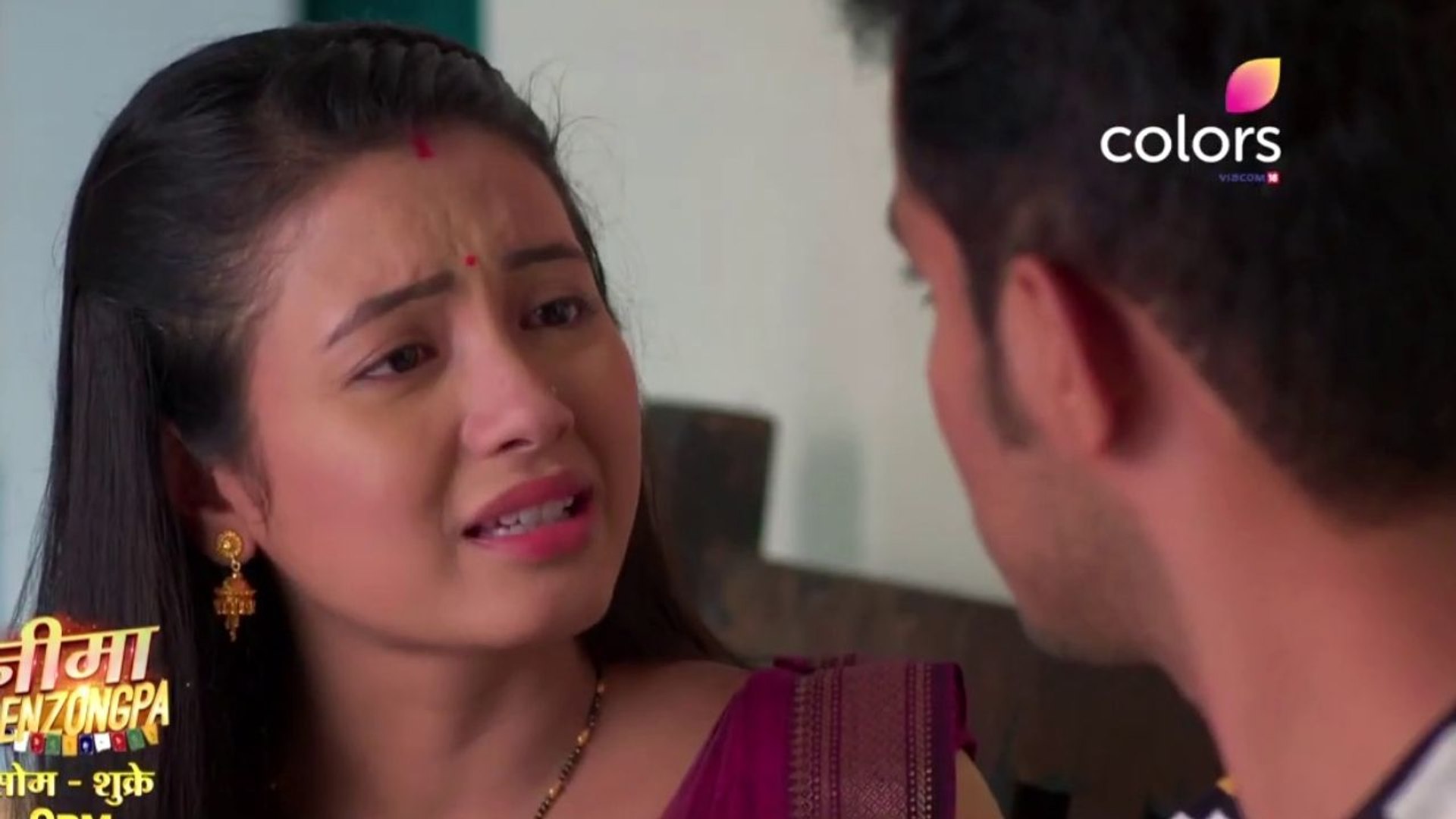 Nima was putting her daughter to sleep while Sia is sitting sadly and trying to find her father. Nima comes to her and asks what happen, she asks why can’t they play with the toys her father brought to them. Nima says there are lots of things you can’t understand now. Sia says that she is afraid if you continuously vent your anger on Baba he will leave us one day. Nima tells her that her father isn’t with us and we have to look after each other. Nima asks her to sleep.

The next morning there is a rainstorm and Nima’s sleep get disturbed due to ceiling leakage as the drops of water are falling on her face. She suddenly wakes up and gets worried seeing the ceiling leakage. Suresh also woke up there and get a message that the shoot was cancel due to heavy rain. Sunita is handling Varun who is crying, Suresh noticed that water is coming inside through the window.

He rushes to close the window and see that Nima’s house is filling with water because of leakage. Suresh gets worried and tells Sunita that he is going to work. First Sunita denies but gets agreed later. Nima in her house is standing on the tool and trying to fix the leakage and suddenly she lost her balance and is about to fall when Suresh catches her in his arms safely. They both behold each other and suddenly a splash of waterfalls on them.

Children start laughing at them, Sia comes to Suresh and hugs him. Suresh asks Nima to let him fix the roof, but Nima insists on him to leave, but Suresh requests to let him help her. Nima gets agreed after a big argument, later Suresh and Nima fix the leakage together. Watch Colors at 9 PM today and enjoy the complete episode. Stay tuned with Social Telecast for Nima Denzongpa written update.