Hello, all the entertainment lovers get ready for another enticing episode of Nima Denzongpa wherein Manya’s plan is working perfectly. Manya’s friend disguising as an Inspector tastes them their own medicine in a pristine way. The inspector alleged to Varun that he stole the scooter. Tulika says that you can’t allege anyone without evidence. The inspector then shows him the photos clicked by Manya and shows them. Tulika and Varun gets flabbergasted seeing the image. The inspector then asked Tulika that Varun is going to jail now. Tulika pleads to him not to do so. 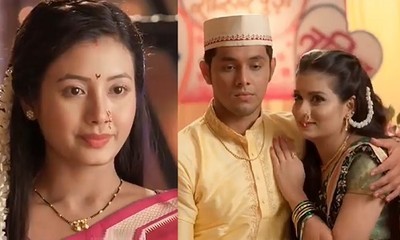 The inspector then asks Varun to bring back the scooter in the same way they hide it. He asked constables to go along with him but won’t assist them in any manner. They bring the scooter and get exhausted, but the Inspector then asked them to wash this scooter as you ruined it. Tulika, Sunita, and Varun follow the command. They are again about to leave when halt by the Inspector, he asks Tulika that the case will only close when Manya will withdraw it. Manya says that if they ask for forgiveness we will withdraw the case, Nima says enough and leave, but Sia, Manya, and Naari were still there until they apologise.

Meanwhile, Suresh comes there and asks what is going on here, Manya along with her sisters leave from there. The inspector informs Suresh that your son stole a scooter, but Suresh says that I have seen you somewhere, but the Inspector leaves along with the constables. Varun is scolding Varun, but Sunita and Tulika favour them and stops him from scolding Varun. Sia is going to her job with Manya when they both are talking that they narrowly escaped from all of this. Manya tells Sia about the inspector that he is her friend Raman. While they are talking with Raman, Suresh watched them and recognize Raman that he is a junior actor.

Nima is about to leave her work and gives sweets to Maaji as Sia got a job in the bank. Suresh is waiting for Nima in the street and notices Nima is coming. While Nima is coming her footwear get broken and she is about to fall but Suresh handles her. Suresh asks her to talk to him for five minutes, Nima is getting her footwear fixed when Suresh comes with and says he is aware that Inspector was fake. Nima gets stunned, watch all the episodes of the show on Voot anytime. Stay tuned with Social Telecast for further information on Nima Denzongpa written update.