Brigadier-General Sunny Esijolomi Tuoyo passed away at the age of 87 and this news is getting too much attention on the internet. He was mostly known as the Military Administrator of Ondo State and he took his last breath on 17 December 2022 in Lagos. There are lots of people giving tributes to him and social media is flooded with tributes for him. During this sad moment, the Governor of Delta State named Dr. Ifeanyi Okowa and one other Sheriff Oborevwori known as the Speaker of the state House assembly share sorrow with his family. We are going to share some information related to this death news in this article so continue in this article. 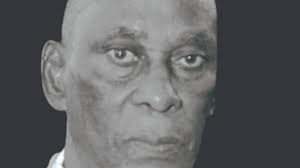 He worked in the Nigerian Army from 1961 in a great career and he gained too much respect in his life. He was a member of the 3rd Marine Commando and Military Administrator of Ondo State from 1978 to 1979 and also gives their service in the United Nations (UN) Peacekeeping missions to the Democratic Republic of the Congo (DRC) and India/Pakistan. For managing his business he retired from the army in 1984 until his last retirement which was confirmed in 1998. His family will early announce his burial arrangements and we will share them in our updated article.

He is lived by his wife named Mrs. Shayegbe Henrietta Tuoyo, and his children are in too many numbers: Mrs. Roli Uduaghan, Mrs. Ete Ambah, Ms. Temi Tuoyo, Ms. Tosan Tuoyo, Mr. John Tuoyo, Mr. Peter Tuoyo, and many grandchildren and great-grandchildren. This news broke the heart of his family and friends and still continue lots of people share sorrow for his death. For reading more articles related to the latest news and other topics of the entire world then stay connected to our website.