It is coming forward that musician and producer Mandla Mampintsha Maphumulo passed away. On Saturday, December 24, 2022, the musician breathed his last. A source close to Mandla took to social media to confirm the saddening piece of news. Following the announcement of the news, Twitter got flooded with RIP and tributary posts and messages. The entire music community is devastated to learn about his sudden passing and is expressing their sincere respects to him. Here, find out what happened to him and how did he die. Read the article below for further details. 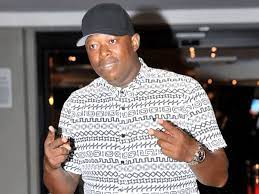 Releasing a statement, Afrotainment said that Mampintsha was admitted to the Durdoc Hospital in Durban. Reports confirm that the musician suffered a minor stroke at the beginning of the week. He was reportedly getting treatment for the same in the mentioned hospital. However, the doctors could not recover him and his health kept deteriorating. Now, it is said that he has died and has left his loved ones in sadness. The news has circulated all over the internet and has grabbed the attention of his fans and other people, he worked with.

How Did Mampintsha Die?

This week, it was reported by sources that Mampintsha, a 40-year-old musician, had a stroke and was brought to Durdoc Hospital in Durban Central after being admitted to the hospital. According to his sister Pinki Gumede, they are concerned about him. “On Saturday, December 17, we got a call telling us to head over to his house right away. He appeared to be seriously ill when we got there.

Already, his speech was impaired. He claimed that after speaking with an isangoma, the latter advised him to perform a customary rite. Zama, Mampintsha’s mother, also expressed her gratitude to the Daily Sun for his voluntary consultation with a sangoma. Mampintsha was a producer and musician who played in the Big Nuz band with the late Sbusiso “R Mashesha” Khoma and Mzi “Danger” Tshomela.

In 2002, he established the well-known kwaito group. He was well known for his popular songs like Ngeke and Joburg. They have seven albums that they had jointly released with the group. The band just made a comeback and intended to honour the late R Mashesha with the album’s title. The musician’s untimely demise has left his loved ones in deep sadness. They had not even imagined that they would have to see him leaving them this early. Keep following Social Telecast for more updates!