Recently, a shocking piece of news has come forward. The popular Telugu actor Sai Dharam Tej has gotten hospitalized after he met with an unfortunate bike accident. The said accident took place on Friday evening, September 10, 2021, in Hyderabad. Soon after the accident, the actor was taken to Medicare Hospital. Now, it is reported that he has been shifted to another hospital called Jubilee Hills Apollo Hospital. The news has shaken the die-hard fans of Dharam Tej who are praying for the speedy recovery of the actor. Many celebrities have also expressed their shock at the same and are praying for him as well. 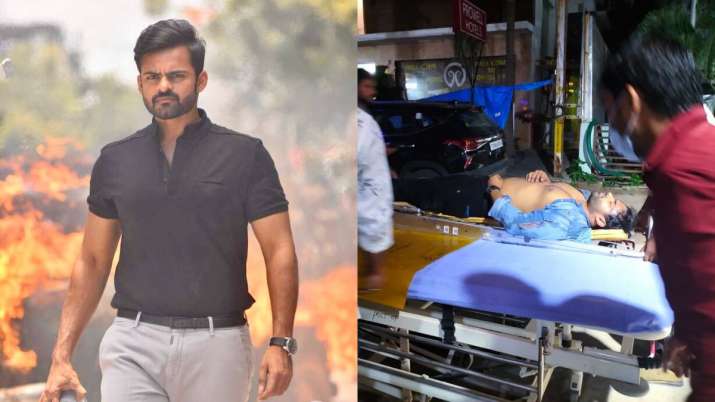 Actor Chiranjeevi who also happens to be Sai’s friend took to his Twitter handle and shared about Dharam meeting with an accident. He wrote that the star is doing fine now and added that he suffered minor soft tissue injuries along with some bruises. The actor requested the well-wishers and the fans to keep calm and not to worry much about Dharam Tej’s health condition as he is recovering under medical staff supervision and might even get discharged after a couple of days.

Despite Chiranjeevi asking the fans not to concern about Sai, the fans flooded the social media with concerning posts. Besides Chiranjeevi, Sai Dharam Tej’s uncle also informed everyone about the mishappening on his social media account. As per the medical reports of the Solo Brathuke So Better fame actor, he is currently out of danger and is slowly recovering from the minor injuries he got after the tragic accident.

It is being stated that along with injuries in soft tissues, his collar bone has also gotten fractured while the medical staff shared that no major injuries to the brain are recorded while the actor’s spine and other vital organs are also functioning well. Going by the hospital statement, Sai Dharam Tej is under expert medical supervision and is closely monitored. They stated that they will evaluate him over 24 hours. The medical staff of the said hospital shared that the actor’s health is completely fine and he doesn’t need any urgent surgical intervention.

Ever since the news of the tragedy broke out, several celebrities reached the hospital to meet him. The actors who visited the hospital included Pawan Tej, Pawan Kalyan, and various others. The 34-years-old’s family were also present there. Police have also released a statement in the matter and have stated that Sai’s bike must have skid due to the presence of mud on the road.