Super Singer Season 8 was the most talked-about this year. From getting into the controversy to being the reason for the best source of entertainment, SS8 remained as the viewers’ most-favourite show. Now, after telecasting interesting episodes, the musical reality show is heading towards its decisive phase. Yes, the viewers will soon find the ultimate winner of the show as the makers are all set to air the Grand Finale episode. As the finale is near, the fans are desperate to make their favourite contestant win this season. Here, you can grab the voting details, finalists names and further info. 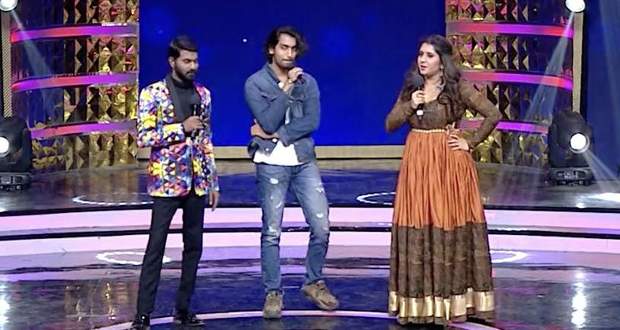 Undoubtedly, the show has been under scrutiny for a while after the shocking eviction of the talented contestant Sridhar Sena from the show. The netizens called out the judges for making a bad decision. Benny Dayal, one of the judges of the show, after receiving extreme backlash announced on his social media that he won’t appear in the next seasons of the show as he is also a human and is tired of taking all the hate comments. Well, the show is slowly moving towards the finals. Presently, SS8 has gotten its four finalists that include Muthu Sirpi, Anu Anand, Bharat K Rajesh, and Abhilash Venkatachalam.

Now, the show is looking forward to getting its fifth finalist that would be chosen from the 9 wild card contestants. These wild card entrants include Aravind Karneeswaran, Sridhar Sena, Vrusha Bala, Maanasi G Kannan, Balaji Sri, Kumuthini Pandian, Gaana Sudhakar, Vanathi Suresh, KJ Iyenar, and Adithya Krishnan. These contestants will battle for the last time to reenter the show and secure a position as the fifth finalist. As per reports, Srifdhar Sena will be the wild card contestant to become the next finalist.

How to Vote on Disney+Hostar:

One person can place their vote for their favourite contestant as many as 50 times. Besides, you can also divide the said number of votes among the contestants. The voting lines are open until September 17 while the result declaration will take place on 19th September. Super Singer Season 8 gets telecasted on Vijay TV and is judged by Anuradha Sriram, SP Charan, and Unnikrishnan along with Benny Dayal.