TANHAJI- The Unsung warrior! The first official post for the film was released by Ajay Devgan 2.5 years ago. And, in these 2.5 years, Bollywood is adopting changes and enhancing even more. There’s no doubt that all the political leadership influences art and literature. There’s nothing like Bollywood is producing the Nationalism oriented films in the last 4-5 years, the entire film industry without any restrictions or interference is producing films, sensor board is also not opposing any of the films.

Years ago, the filmmakers who only focused on producing the films based on Nationalism, Patriotism, Spiritualism, they were just repeating the same stories, same concept, again and again, that goes quite boring. But now, the arrival of TANHAJI- The Unsung Warrior finally has got something new in it instead of that same boring storyline. The film has set a new milestone, a new benchmark in the film industry the way BAHUBALI has set 3 years ago.

Everything is so good but what could be bothering is that the upcoming Akshay Kumar starrer PRITHVIRAJ, now has to work some more, to put some more effort to match this pre-set level. When Ajay Devgan has released the poster of Tanhaji- The Unsung Warrior 2.5 years ago, the horrifying was that there are people who are not aware of Narveer Tanhaji Malusare.

It’s been 100 years to Bollywood industry, 70 years to Independent India, and now the filmmakers are giving thought to the history of India. Well! Bollywood is also not at fault. It’s just after independence the power was in the hands who do not want the history to be revealed and showed this way. Maharashtra is quite lucky that people are closer to history there. If you guys remember, there used to be a History book in the 5th standard that’s just like a compulsory dosage to be known for every Indian. And, today history is being shown on the Big Screens is remarkable.

TANHAJI- The Unsung Warrior is really nonetheless than a storm. Especially, in Maharashtra, it’s unbelievable all the multiplexes are houseful for the next 4-5 days and in all the big screens, the slogans, Jai Bhawani, Jai Shivaji are echoing. Just imagine, how it would feel to watch this masterpiece in theatre. The feeling would be the next level, those emotions, those gestures are just inexpressible.

The way the filmmakers have given TANHAJI a direction is so impressive. Everything is so realistic that you’ll feel as if the entire history is in front of your eyes the way it happened years ago. The graphics of the film are so amazing. Directed by Om Raut, Tanhaji has collected a box office collection of ₹15.10 crores on its very first day. The film is released over 3880 screens and 660 overseas. Raising this collection, the film has touched ₹21 crores on its second day. 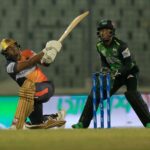 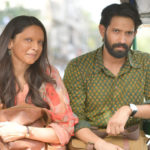