The popular comedy chat show “The Kapil Sharma Show” will witness two legendary cricketers arriving in the upcoming episode. Yes, we are talking about Virender Sehwag and Mohammad Kaif who will be seen in Saturday’s episode. While Sehwag has already visited the show, it would be the first time for Mohammad Kaif. Kapil will not leave any chance to pull the cricketer’s leg throughout the episode. The promos that have been released by the channel that has been gaining huge attention from the viewers. Check the highlights of the 25th September 2021 episode below. 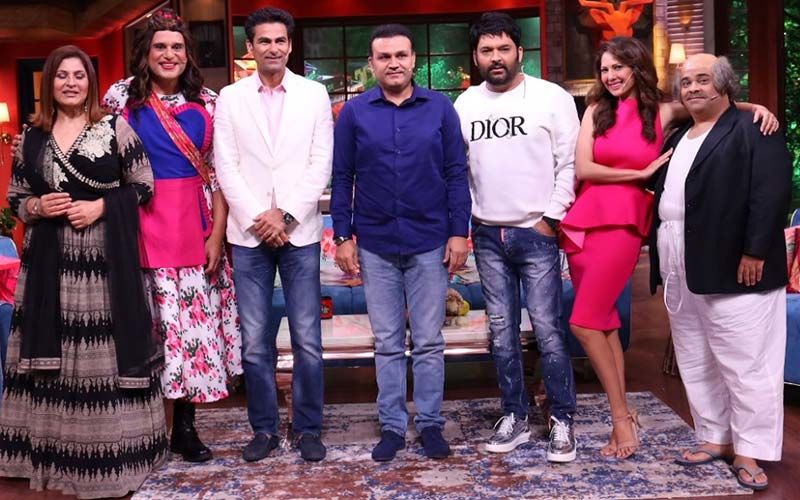 After welcoming the legendary duo on set, host Kapil Sharma will start his fun conversation with them. The comedian will ask Mohammad Kaif about arriving at the show too late as it has been running for quite some time now. Kapil jokingly asks Kaif if he didn’t know the way to the show or wasn’t unaware of the fact that he is popular enough to come here. The questions made the audience including Archana Puran Singh, Sehwag and Kaif bursting into laughter.

However, the right-handed cricketer, Mohammad Kaif, didn’t remain silent and gave Kapil a befitting reply. Replying to Kapil’s question, Kaif said that he has met Kapil plenty of times and knew him before his show did wonders on television. The Indian cricketer added that after Kapil became popular, he met the comedian several times and even interacted but the latter never invited him on the show. Sehwag grabbed the chance and chipped in. He told Kapil that he has messed with the wrong person leaving him in splits.

Later, Kapil showed a picture of Mohammad Kaif with Aishwarya Rai Bachchan that the former has posted on his Instagram. Kaif had written in the caption “Delightful conversation with a wonderful person”. Kapil Sharma highlighted one user comment who had asked Aishwarya to be beware of Kaif as he is quite good at fielding. Hearing the comment, Mohammad Kaif got embarrassed while everyone laughed.

Besides, Virender Sehwag shared a story where Mohammad Kaif and Yuvraj Singh had gotten selected to play for team India while Sehwag was left out. Taunting the duo, Virender had sung “Kaiso Kaiso Ko Diya Hai” and “Mujhko Bhi To Lift Kara De”. The cricketers shared several unheard stories related to their sports career while other artists from The Kapil Sharma Show will also add the fun elements in the show. Altogether, TKSS today’s episode is going to be super fun. Watch it on Sony TV at 8:30 PM.