After entertaining the fans with an amazing season 1, Tokyo Avengers Season 2 is all set to take them on a roller coaster ride next year. The excitement about the new season is quite evident among the fans who are anticipating its release. Well, who would not be excited, right? Everyone is curious to know when they will be able to find out when will it premiere. Well, here, in this article, you can grab all the details regarding the new season such as its release date, time, plot, storyline, and more. So, read the article to the end and get all the information. 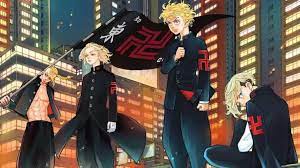 The second season of Tokyo Revengers is set to debut on January 8 at 2.08 a.m. JST, according to the anime’s official website. In Japan, the season will air on MBS, and Disney+ and Disney+Hotstar will also stream it live. The Christmas Showdown arc, which centers on the conflict between the Tokyo Manji gang and the 10th generation of the Black Dragons Gang, will be adapted for Tokyo Revengers season 2. Here will be Taiju Shiba’s first public appearance as the Black Dragons’ captain.

The Shiba siblings will be the main focus of Tokyo Revengers season 2 given that it is adapting the Christmas Showdown arc. Yuzuha, played by Mikako Komatsu (Maki Zen’in in Jujutsu Kaisen, Neko in K), and Hakkai, played by Tasuku Hatanaka, are the younger siblings of Taiju Shiba, voiced by Tomokazu Sugita (Gintoki Sakata in Gintama, Gyoumei Himejima in Demon Slayer), and they get along badly (Denki Kaminari in My Hero Academia, Reki Kyan in Sk8 Infinity).

Seishu Inui and Hajime Kokonoi, two characters who featured in the season 1 finale, will play significant parts in this and all ensuing story arcs. Junya Enoki (Yuji Itadori in Jujutsu Kaisen, Panacotta Fugo in JoJo’s Bizarre Adventures: Golden Wind) and Natsuki Hanae (Tanjiro Kamado) provide the voices for Inui and Kokonoi, respectively. Needless to say, the fans are looking forward to watching the brand-new season and finding out what will happen this time. Stay tuned with Social Telecast for more such updates.