Hello, all the Udaariyaan enthusiasts, finally we are back with exclusive updates of your favorite and highly anticipated TV drama, as Tuesday, 3rd January 2022 episode is bringing the high voltage drama along with such activities which will make you feel overwhelmed for sure. Because finally, Naaz has taken the help of her mother Jasmine to destroy Nehmat and Advait because the new year brought different conspiracies against her and now, the game seems to have by Naaz as well. Because everything is going the same as she wanted and for that, her happiness is hitting the headlines to such an extent. 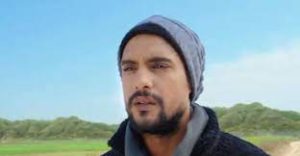 Meanwhile, Advait leaves the place and goes to his girlfriend as he wants some change because nothing is going well between him and Nehmat. Thus he decides to meet her as soon as possible and meantime makes a call while conveying everything and goes to her home at night too. She makes sure of his comfort as she arranges drinks and further things because she also wanted to get him and now, her dream is going to come true while following the same format which is amazing enough. In short, Advait’s girlfriend is all set to take advantage of the golden chance.

After a while, Advait reaches there and she welcomes him but he gets shocked to see the preparation of her room as it seems outstanding and beyond their expectation of them. At the same time, she opens the TV and set the news channel where a woman appears to praise Nehmat and her work as she saved her child from terror, she also mentions that she can not thank her enough. Advait feels strange as he is hit with the memories of Nehmat and hence he breaks the glass of drink while trying to leave the place as he wants to meet Nehmat too.

As soon as he throws the glass his girlfriend asks him what happened because he told her that he does not feel for Nehmat so why he is getting affected after watching the news? Advait tries to manipulate her by mentioning that he is not getting affected from anything because he does not consider her as his love. He also addresses Nehmat as the bad luck of his life because ever since she entered his life everything got destroyed to such an extent. So do not miss watching it on Colors and for more details stay tuned with us.