Today we are going to talk about of blockbuster films of Riteish Deshmukh and Genelia D’Souza Called Ved, Movie is directed by Riteish Deshmukh and produced by Genelia’s D’Souza. This is an Indian Marathi-language romantic drama film that was released in 2022 and this movie is a remake of the 2019 Telugu language film Majili. This movie was theatrically released on 30 December 2022 and this movie is getting so much loved by the people. This movie had been released eight days ago and made a long number of fans. Let’s talk about the box office collection of the 8th day and also talk about other information in this article. 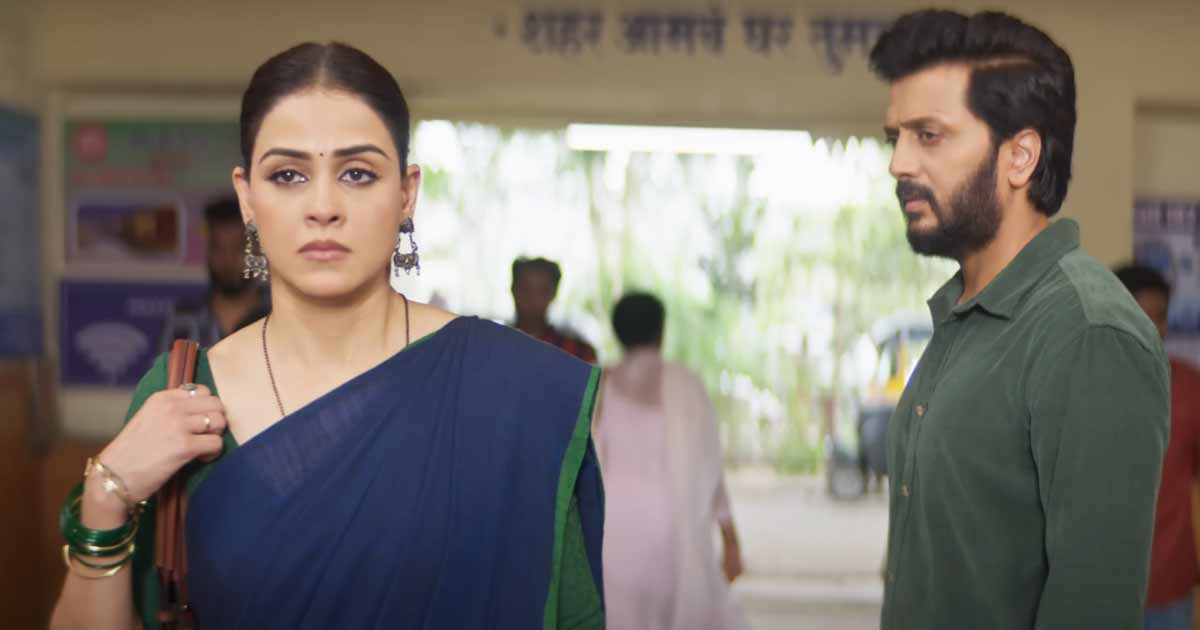 This movie creates a great impression on people after the release of this movie. This movie earns Rs. 2.25 crore on the first day of release and the earnings increased on the next regular days such as on Saturday- 3.25 crore, Sunday- 4.50 crore, and had been remarkable. As per reports this movie earned around 20 crores in its first week after release. This film faced a slight drop during the first week but it managed to cover its fair share of the audience. This movie gained 20.67 crores and this is fine in the numbers of other movies. As per trade reports, This movie crossed an amount of 2.70 crores on its eight-day after release and the total collection of this movie is a total of 23.37 crore.

This movie contains a budget of 15 crores and now earns more than its budget. This movie was originally made in the Marathi language and this movie’s running time is 148 minutes. Riteish Deshmukh and Genelia D’Souza played the main role in this movie as husband and wife where Ashok Saraf, Jiya Shankar, Vidyadhar Joshi, and other co-actors also give their best performances in this film. This movie shows a happy ending and this part was most liked by people.

Riteish and Genelia show chemistry in this movie but the film also has the appearance of Salman Khan as a special guest in the film at the superstar shot for Ved’s song. This movie also marks the debut of Genelia in Marathi films. This movie shows love for someone but when you are unable to get your love then you are addicted to bad habits of smoking and alcohol. This movie is still getting love and is most liked by the people where the journey of its box office collection is not ended yet it will earn more profit and love from people.