Sometimes people try to be a boss showing their anger thinking that they can do whatever they want and due to their behaviour sometimes they have to repent of their behaviour. Well, the same example has been set by a “Karen” who was thinking that she can do everything and that too by misbehaving with another lady. You must have watched a viral video clip where a lady who prefers better to call “Karen” has seen misbehaving with a customer. Here are the complete details about the incident. 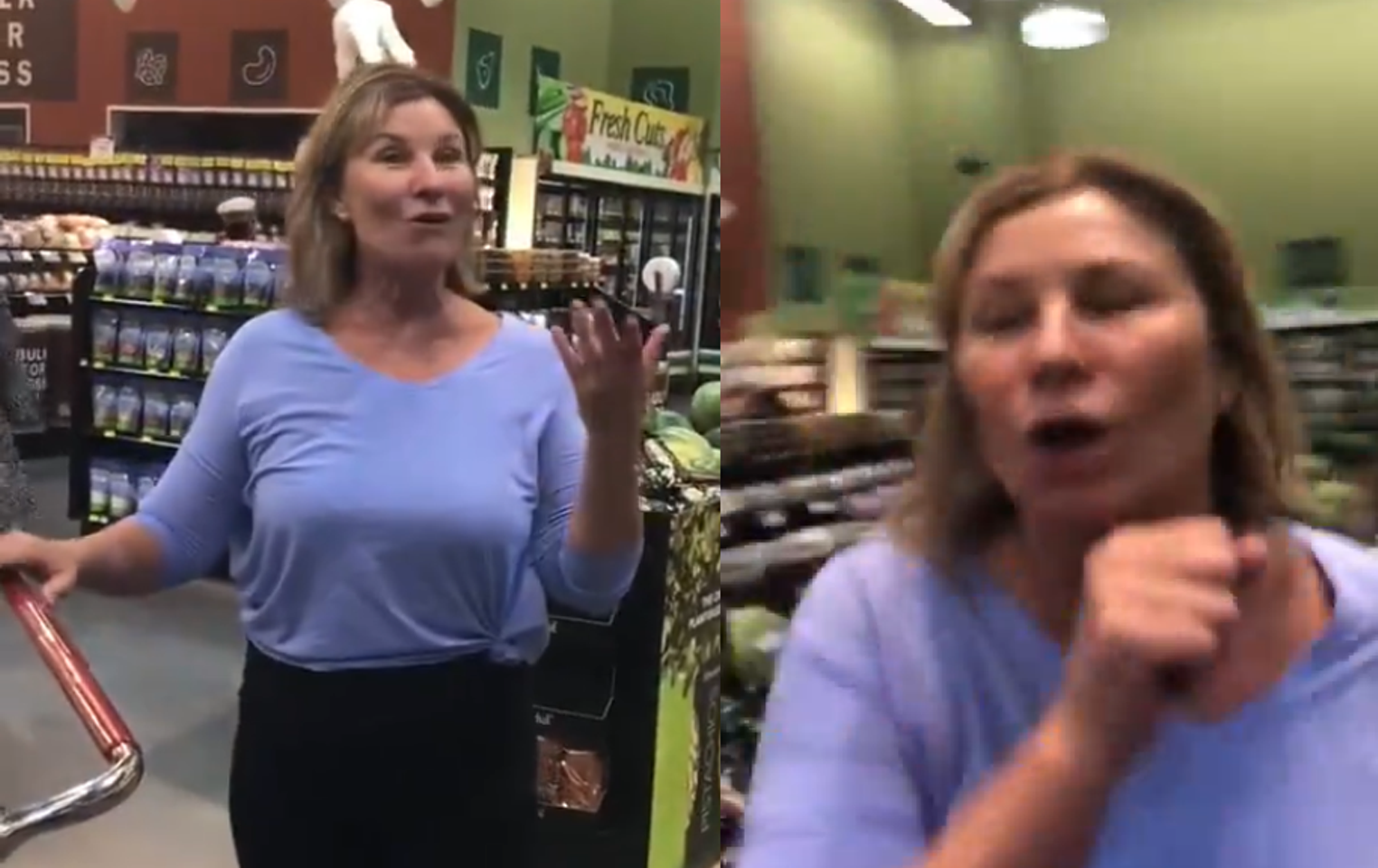 In a viral video, a maskless woman was filmed coughing deliberately at another lady and her child at a grocery store located in Nebraska, in the tape you can see how badly the lady is behaving with a customer and became stubborn when the customer started to record her behaviour on cam. As you all know that in today’s digital era you must get justice if you have proof and if that proof gets viral then it will become the icing on the cake because then no one can stop the justice to come to you and as that clip started to surface on the internet the lady who was coughing knowingly got fired from her job.

COVID-denier in Nebraska coughs on shoppers at a supermarket pic.twitter.com/Ejy9HfsshS

The lady featuring in the viral video has identified as 54 years old Janene Hoskovec. The video went viral on the 3rd of September on Reddit and as you all know that Reddit is becoming another site where you can get all the trending or stuff across the world. The lady who uploaded the clip went to a store that goes by the name super Saver in Lincoln after which the Lincoln police get into the matter and started to investigate Hoskovec due to which she got fired from her job. Well, there is no doubt that the world is dealing with so many diseases but the current situation of the world is not even fine because Mask is the mandatory thing and if someone is not wearing it so it shows his or her mentality.

Jessabird a social media user posted a clip on Reddit on 3rd September where she captioned “Anti-Mask Karen Deliberately Coughing on me at South 27th Super Saver.” Jessabird, who was at the store with her 13-year-old daughter, alleged that the woman approached them and asked them why they were wearing a mask. However, after the video went viral everywhere people came in shock and everyone has reacted to the clip saying cheap mentality. Stay tuned with us and also hit the comment box and let us know what do you think about her behavior.