William Kachigamba is now passed away at the age of 29 years at Kamuzu Central Hospital, Lilongwe in the early hours of today. He was mostly known as a Lilongwe-based musician with albinism and he gained lots of love from the people who loved expressing their love for him. His death news is confirmed by his sister in an interview with the local media and his death news was announced by the Association of People with Albinism (APAM) then this news got too much attention on social media. In this article, we will discuss him and also talk about the cause of his death so read and continue this article. 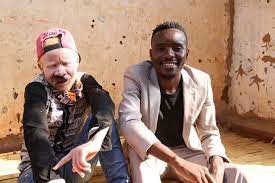 What Was William Kachigamba Cause Of Death?

As per the exclusive sources, he was been suffering from skin cancer for a long period of time and now he passed away on Sunday 25 December 2022. His friend and other fellow musicians Patience Namadingo collect and raised a fund for his treatment in 2020 this fund was received in Zambia but there is no improvement in his condition after the cancer treatment his sister Patricia said. Skin cancer has been said the cause of his death and we will update our article after getting any information related to the cause of his death.

He was born on 3 March 1993 and hailed from Mvera in Dowa. His death news was coming in fronts after the death of Walycris Wanyengo who also died just three days before his death in a bus accident and was a most talented musician. He was able to travel to Zambia in 2020 for his treatment of cancer and his sister thanks to his fellow artist raised a fund for his treatment. If we talk about skin cancer that occurs from the abnormal growth of skin cells and most often creates on skin exposed to the sun.

He was receiving treatment for cancer in Zambia at the Cancer Diseases Hospital of the University Teaching Hospitals (UTH) because the doctors in Malawi had advised William to travel to Zambia for better treatment of cancer. He was unable to gather the high amount of 3 million but his treatment was more necessary than his other musician and Mapulani hit producer Patience begin to gather this amount in way of the fund. They gathered the amount for his treatment and his treatment was also done successfully but there is improvement in his health condition and now he is passed away. His sister thanks other musicians for his treatment and there are lots of people who are tributing him.