The American Singer and the songwriter Britney Spears has gotten engaged to her long-time boyfriend Sam Asghari. The news undoubtedly came as a surprise to her massive fan following and close ones. To share the good news, Britney took to her Instagram and posted a short video where she is seen showing off her engagement ring while her boyfriend looks at her in complete awe. As the video plays, Sam asks the singer if she likes it, to which she excitedly replies with a “Yes!”. The 39-years-old singer captioned the said video with “I can’t believe it” along with a couple of rings and a heart emoji. 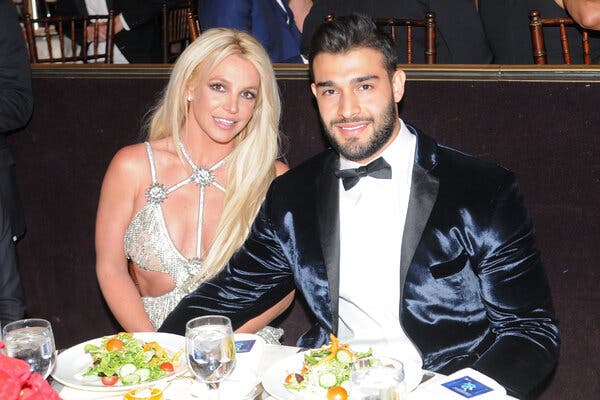 With more than 27 lakhs of likes, the video has become the subject of discussion. Britney fans have flooded the post with wishes and surprise reactions. Besides, Britney Spears’ biggest cheerleader Paris Hilton also congratulated the official couple under the comment sections. She wrote “Congratulations, love! So happy for you!” and welcomed the star to the club. Apart from that, Sam Asghari also shared a picture on his Instagram account. The picture’s highlight is Britney holding up her ring finger wearing a beautiful ring while the pair seemed kissing in the background.

Talking about Britney and Sam’s love story, they first met one another on the sets of Spears’ Slumber Party music video back in 2016. It was that time when the pair fell in love and they reportedly started dating. Looking at the profession of Sam, he is a fitness trainer along with an actor. Born in Tehran, Sam moved to Los Angeles to live with his father, a truck driver by profession. Asghari was just 12-years-old at that time. Earlier in an interview, the fitness trainer had stated that he is looking forward to getting married and becoming a young dad.

Brandon Cohen, Sam’s manager gave the confirmation of the couple getting engaged to people magazine. He stated that the couple finally made their long-time relationship official today and are touched with all the love, and support they have been getting. Before announcing the engagement with Sam Asghira, Britney Spears has gotten married twice and even has two kids. Recently, the singer got into controversy when she shared the terms of Jamie Spears, her father’s 13-year-conservatorship where she was kept forbidden to marry Sam and have more children. However, Britney’s father has already filed a petition to end the said conservatorship in Los Angeles court.