Every week, there is something that goes viral on the internet. Well, one such video is doing rounds lately where a man is seen harassing a group of young girls on a beach for reportedly wearing bikinis. The incident happened on the Colorado beach where the said girls were just chilling in their swimsuits when a man named Logan Van Dorn approached them. Soon, Logan started giving them lectures on how they should not wear these kinds of revealing clothes as it causes a bad effect on young children. Let’s find out about the whole incident here. 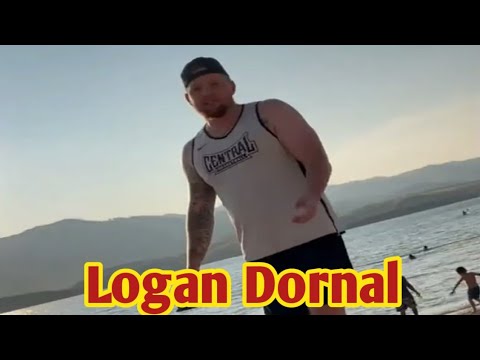 While the man continued to harass the girls for the choice of their clothes, one of the girls going by the username @ggarbagefairy filmed the entire scene and posted the video on Tik Tok. The video went insanely viral and garnered a lot of engagement. Since then the netizens were trying to uncover the man’s name and now it has gotten disclosed that it’s Logan Van Dorn. The latter also took to his Tik Tok to post his side of the story as the netizens were accusing him of harassing the girls and called him conservative.

Having 12K followers on his Tik Tok account, Logan put forward his side of the story by posting a video. Talking about the incident first, @ggarbagefairy posted a total of two clips on her account that features Logan asking the girls why are they dressed this way to which one of the girls replies that they are at the beach and are wearing swimsuits. Later, the girls ask Logan to just leave. Though the man doesn’t stay silent and calls their clothing “P*rnography” stating they are wearing a thong and a bra. He added that they are flaunting their stuff that nobody wants to see.

Further, the girls asked Van Dourn not to look at them then and to close his eyes. Logan speaks that there is freedom of speech in America so he can state his opinion. He asks the girls to think about the moment when they will face God and will have to answer him about showing their bodies off. Logan Van Dorn refused to apologize saying he will always be against the people who are a bad influence on society. The video posted by the mentioned girl has garnered more than 3 million views and has become a huge topic of discussion. Stay tuned for more updates!