A shocking piece of news is coming all the way from Pakistan, where the popular actress Saba Qamar has received an arrest warrant. Yes, the Hindi Medium fame actress has recently gotten into huge controversy after she shot a dance-based video. It is being reported that Saba was shooting that video at a historical mosque located in Lahore. Now, the local court of Pakistan has issued a warrant against the actress and others as a case was lodged against her and the team who went to the mosque for the shooting. 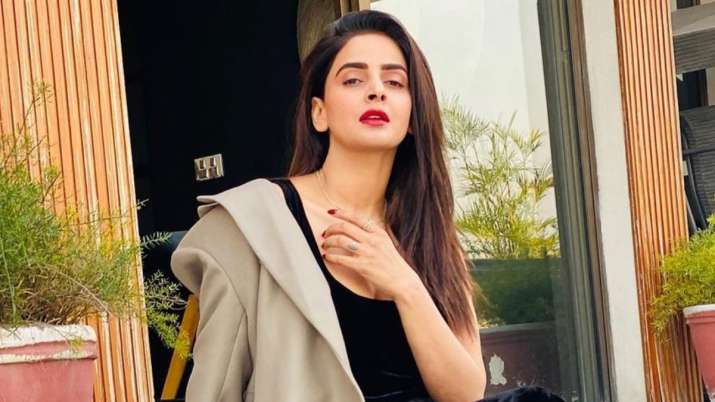 As per reports, along with the popular actress, the 12 Saal and Adhi Adhi Raat songs fame Pakistani singer, Bilal Saeed has also received the arrest warrant. Although the case is one year old as Lahore police had registered a complaint against Saeed and Qamar under section 295 for reportedly dancing in front of a mosque. The matter has received huge attention from the netizens and the general public who bashed the pair for violating the sanctity of the historical mosque. It has come forward that the duo didn’t attend any of the hearings of the court so far which was quite unacceptable.

Now, Pakistan’s local court has sent a bailable arrest warrant to Sana Qabar and Bilal Saeed while the court has been adjourned till 6th October this year. The dance video had sparked huge outrage among the netizens. After witnessing the anger and criticism, the actress and the singer had even apologized to everyone. The pair had clarified saying they didn’t use any playback music or background song while shooting the dance video and that it was just a marriage scene. They even had added that they didn’t mean to hurt anyone’s sentiments through it. However, the matter has gotten quite serious now.

Talking about Saba Qamar, besides being a Pakistani actress, she was seen in a 2017 released Bollywood film titled “Hindi Medium” featuring late actor Irfan Khan. Saba had received appreciation for her work and it was expected that she would be seen in other films as well. The 37-years-old actress had also worked in a biopic of popular Internet celebrity Qandeel Baloch who was killed by her own brother for reportedly ruining the family’s reputation. The actress had even received death threats for her said role. On another hand, Bilaal Saeed is a renowned singer who got fame for his debut album “Twelve” and 2012 released single “Mahi”. Follow for more updates.