No doubt that popularity attracts everyone but crossing limits to gain fame is quite saddening. Well, some people are ready to do anything to become popular. Recently, one such news came forward in which a popular social media influencer going by the name of Sandy Saha got in the limelight. Kolkata based influencer filmed a dancing video on the city’s flyover that went viral on social media within a short course of time. It has gained huge attention of people as the video is filmed on the flyover amid heavy traffic. 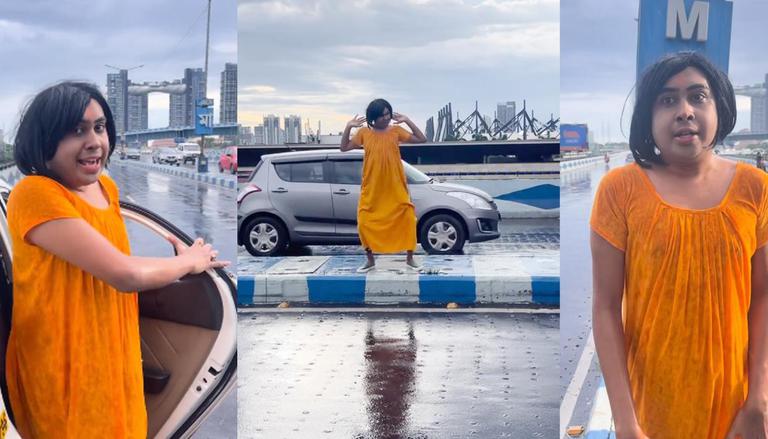 The video that was 3 minutes and 38 seconds long featured Sandy Saha parking her car on the flyover and stepping out of it afterwards. After crossing the road, Saha starts dancing in the middle of the road. He is seen grooving to the tune of the popular song titled “Main Aayi Hoon UP Bihar Lootne”. The influencer dances while the vehicles continue to move on the road. Sandy shared the video on her Facebook account on 13rh September 2021. It has garnered almost 1.9 lakh views on the said app along with 15K comments and 12K shares.

Apart from receiving positive comments, the video also received plenty of negative ones. The followers of the influencer seemed to dislike the idea of recording a video while dancing on the flyover. Some of the users wrote that it was quite unsafe as anything could have happened to her. Besides, several users even slammed the star for doing such activities and went ahead to tag Kolkata police under the comments while a notice regarding the incident was also sent to the Tiljala traffic guard. Later, the police took cognisance of the whole incident. They further sent a fine notice to Sandy along with the people who were present there at that time.

Besides, the Tiljala police station also sent a notice to Sandy Saha’s driver who parked the car for illegal parking while a self-motivated case was also registered. Although Sandy has denied any wrongdoing. He later admitted that he was not aware that stopping a vehicle on a flyover is prohibited. Well, this happens to be the second case that occurred recently as earlier another influencer Shreya Kalra was also fined for violating traffic rules as she danced at a busy intersection in Indore. Talking about Sandy Saha, she is a popular social media influencer who regularly posts content on Facebook and YouTube and has an immense fan following as well.