Well-known South Korean actor and model Ye Hak Young passed away. He took his last breath on Christmas Eve at the age of 39. Reports confirm that Hak-young died on Saturday, December 24, 2022. In the early hours of Dec 24, the actor left his loved ones in profound grief. It is no doubt to say that his sudden and untimely death has saddened many of his fans and well-wishers. As he was a popular actor, his fan base has gotten shattered to learn about his passing. Here’s what we know about his passing. 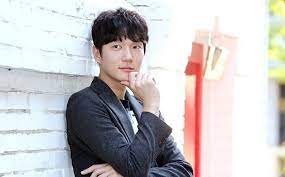 According to reports, the actor’s cause of death remains unknown. Neither his family nor his representative has come forward and has spoken a word about it. Due to this reason, no one seems to know what happened to him and how did he die. Several sources claim that he was suffering from health-related complications that eventually claimed his life. However, no official confirmation about the same has come to the front yet. Reports confirm that Ye Hak-Young was buried on December 26, 2022, at the Xian Family Memorial Park in Gwangju, Gyeonggi Province. This happens to be the reason why the news of the actor’s death broke out now.

Following the announcement of the devastating piece of news, tributes poured in for the actor on social media. His fans were heartbroken to learn about his demise as they came to the realization that they will not get to watch any new drama featuring the actor.

The film and television industry also mourned Ye Hak Young’s death and rushed to social media platforms including Twitter and Instagram to pay him heartfelt tributes. Hak-young’s co-actors offered their deepest condolences to his family who are now left to mourn his sudden death at such a young age.

Who Was Ye Hak Young?

Speaking of Ye Hak Young, he was born on February 8, 1983. In 2001, the actor debuted a model in the Seoul Collection and went on to attract a lot of people’s attention and got the likes of Kang Dong-won, Gong Yoo, and Ju Ji-Hoon. After trying his luck in modeling and somewhat gaining fame, he branched out into acting where he appeared in the popular Korean sitcom Nonstop 4. Apart from appearing in dramas, he was also featured in several films including Pharisee and A Millionaire’s First Love. Let us also mention that the actor was arrested on charges of smuggling and using ketamine and ecstasy with another actor Ju Ji Hoon and actress Yun Seol-Hee. Stay tuned with Social Telecast for mor updates.